Of Old Friends and Pleasant Surprises

My line of work brings many pleasant surprises.  I’ll often meet people who follow me on social media, or who have heard about me, or have read my blog.  Now I meet people who read my book, and they send me photos with the book to prove it!  Just this morning I met someone who looked at me for a tad bit longer than is considered polite and then told me he’s following ‘yogawithpragya’ on Twitter.

A month ago I received a mail from a friend I used to work with in Infosys.  Ayumi and I were both recruited to the July 25th, 2005 batch of Infocions.  We got to know each other pretty well during our month long training in Mysore.  Eventually she moved back to Japan and Orkut shut down.  With that went all her connections. 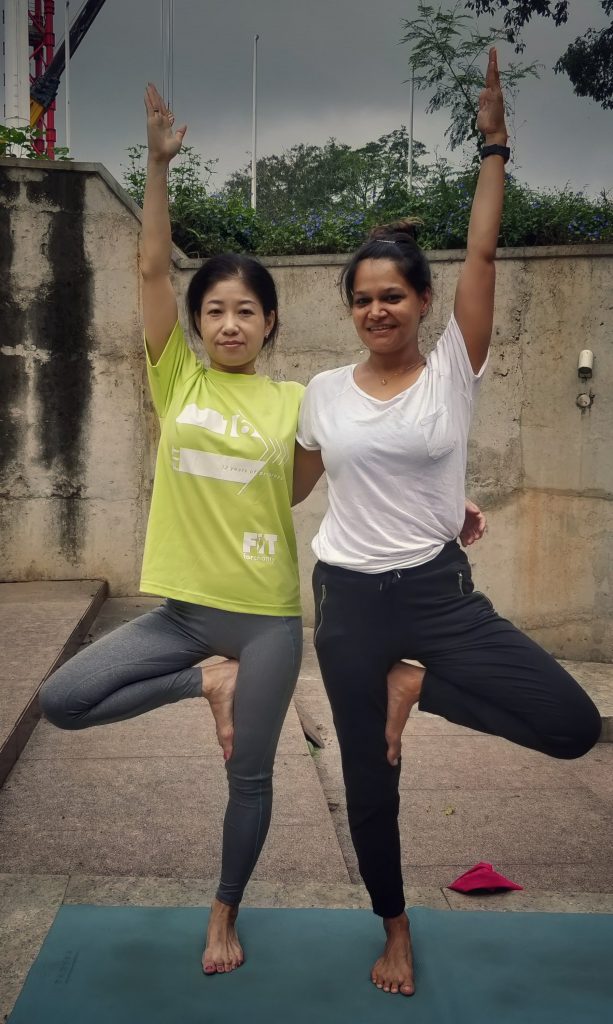 Teaching colleagues makes me feel that life has come a full circle. In today’s class we learned the nuances of the tree pose, something I’ve written about in this blog.

Fifteen years later Ayumi had switched jobs and was living and working in Japan.  She had attended a few yoga classes and wanted to attend more.   A month ago she ran a search on google and came across ‘Pragya Bhatt – yoga teacher’.  Could it be the same Pragya, she wondered, and lo and behold! it was.  She promptly shot a mail to the email ID listed.  Fifteen years!!! I thought as I responded to her email.

A week ago she email me again to say she was coming to India and could we catch up?  I said of course!  As I hugged her I thought she looked just the same.  She asked me if yoga made my hair grow so long.  I told her about how MG Road no longer had the walkway, but the Metro.  We spoke of how the Forum is no longer the only mall in Bangalore.  We took her out to Arbor Brewing Company and she had locally brewed beer.  We’ve been pigging out on idlis and filter coffee daily.  She reminded me of the time we went to Ooty for New Year’s.  How we rented an auto for two days and went sight seeing around Mangalore.  How we escaped a bomb blast during Diwali season in Sarojini Nagar Market in Delhi.  How we booked a one day tour to visit Agra and Mathura in a rickety old bus.

We did a private yoga session together and she came to my group class.  It was surreal.  From the swanky, state of the art Infosys Mysore campus we were meeting 15 years later, so much changed in mind and body.  Thanks to the beauty of technology. 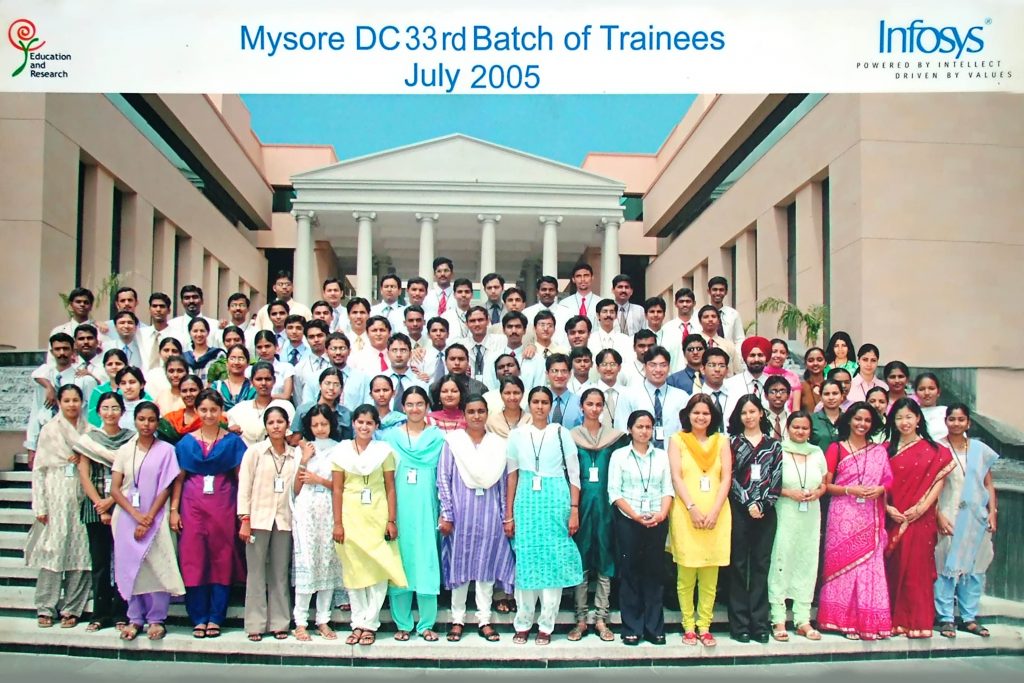 Fresh-faced, optimistic and ready to take on the world. Ayumi is in the front row, second from the right. Can you spot me?