The Weight You Never Lose

My ‘before-after’ photos are well documented. Check this Instagram picture in case you haven’t seen it yet.

My weight loss didn’t happen overnight, nor did it start after some sort of epiphany. I have been overweight my whole life, and at the end of many a hurtful barb. Only those who’ve borne the brunt of carelessly said harsh comments know how deep those wounds run. The battle, of course, wasn’t only with weight, but also with self-acceptance, self-love, body image, and self esteem. Growing up I thought if I was thinner, then life would become better. If only clothes would look on me as they did on thinner girls, I would be happier, people would treat me better. Years later I’ve lost weight, lead a better lifestyle, embody the epitome of fitness for many people, wear anything I want to. I breathe well, life is good. But…

END_OF_DOCUMENT_TOKEN_TO_BE_REPLACED

Pranayama is the fourth limb of the Ashtanga system of yoga. The other limbs are (in sequence):
1. Yama
2. Niyama
3. Asana
4. Pranayama
5. Pratyahara
6. Dhyana
7. Dharana
8. Samadhi

Most scholars believe that this is a sequence and practitioners have to gain a certain level of mastery in one to go to the next one. Which is why in many schools of yoga, pranayama is only taught after many years of intense asana practice. For instance, beginners in of Iyengar yoga don’t practice pranayama. In 2017 I experienced a pranayama class at RIMYI and wrote about it here.

However, some schools of yoga believe that these are limbs and not steps. They believe that it is therefore possible to practice several of the limbs at the same time. At SVYASA pranayama is taught to all patients, regardless of fitness levels and health conditions. Also, some pranayama is included in the asana classes and trataka (candlelight gazing) medition sessions.

I’ve been attending pranayama class every day here and although I don’t practice pranayama in my personal practice (yet), those readers who are interested are welcome to follow the below sequence. This sequence has been designed by SVYASA after extensive research. 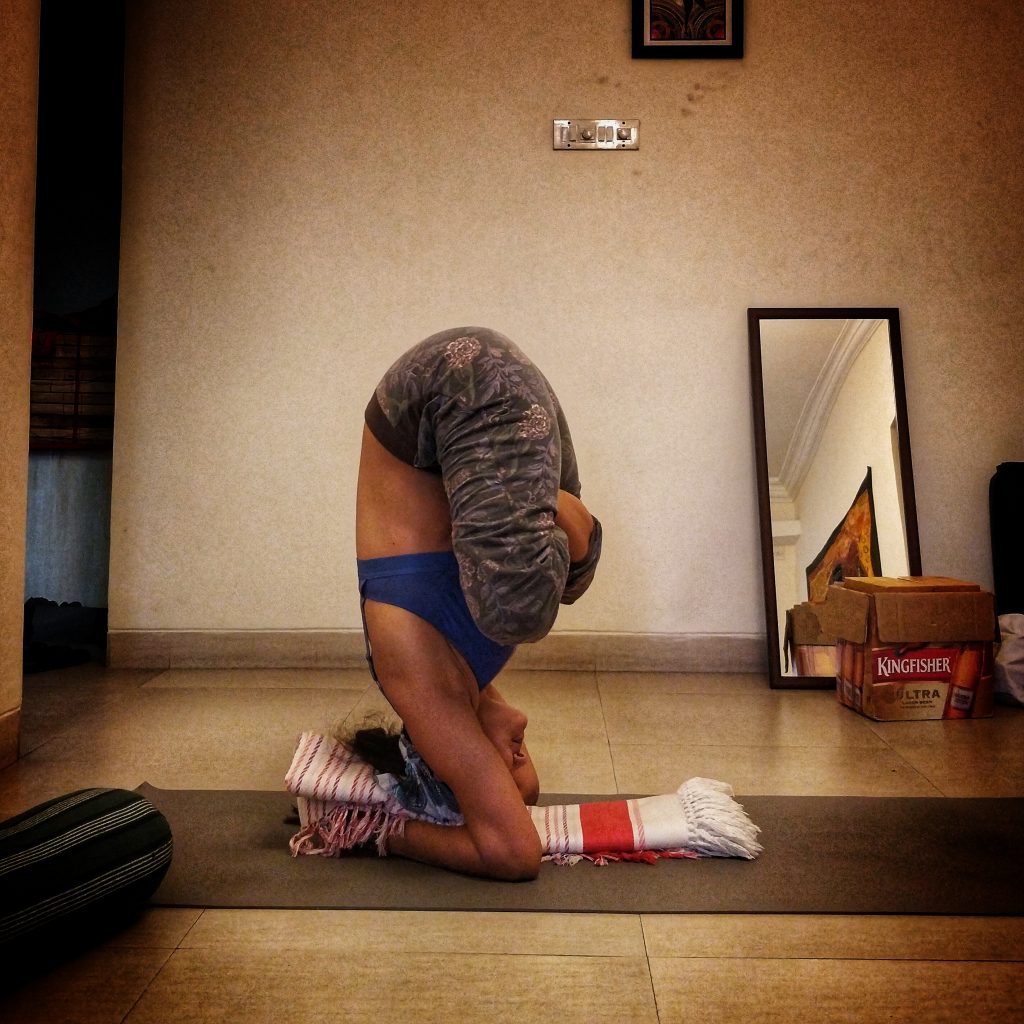 I’m missing practicing in my own space. This is from a practice session a few weeks ago. Although I’ve learned a lot here, I’m itching to head back home and resume asana practice.