The Fashion of Yoga

“And I’ll tell you something else,” my friend said conspiratorially, “Yoga has become fashionable now.”

Yes, in recent years people have started to frequent more yoga classes, yoga has gone mainstream and what with Nike and Reebok coming up with yoga apparel, yoga has caught our collective attention spans in a big way.

Yes, but what is making yoga fashionable?  It’s an age old science, it’s a lifestyle, it’s a way of life…but the masses aren’t going into sanyas.  What the masses are doing is paying their local yoga studios/yoga teachers/gurus hard earned money for an hour, sometimes hour and a half of various sequence of poses.  And yes, they are reaping the benefits.  Everyone does yoga, from my maid to the CEO of your company.  And they have all contributed to the fashion statement that is yoga.  I thought about all the yoga practitioners I’ve come across so far and came up with a few categories of new age yogis:

1.  The first and foremost: The Constipated Yogi.  Matsya-asana ensures that their digestive systems are unclogged, but not so for their attitude.  Quick to look down upon the ‘unreal’ practitioners (i.e. anyone who doesn’t bow down before a guru they recognize to those who do yoga to lose weight) these yogis will direct their cool gaze towards you and expostulate at length about why they follow who they do and why that is the One True Yoga Path.  Before you can contribute your two cents to the conversation to tell them you like nothing better than starting your day sweating it out in a Hot Yoga or Power Yoga class, they let you know their not so positive opinion of these unauthentic/new/commercialized forms of yoga, vehemently and in no uncertain terms.  Before you can take a deep breath, they embark upon a detailed rant about the corruption of yoga at the hands of the vast majority of commercial yoga studios.  When you’re in this situation, I suggest practice your deep breaths, clear your mind because The Constipated Yogi isn’t really interested in anything you have to say.  You see, they know what real yoga is.

2.  The Eternal Sunshine Yogi.  These yogis are leftovers from the 70s.  A lot of them are following the path their parents trod in the 70s….many of them still in Birkenstocks or flip flops.  You’ll see them in diaphanous kurtas, sipping vegan chai with a somewhat vacant (spaced out?) look in their eyes.  Lord Shiva used ganja as an aphrodisiac they are quick to tell you, and know their Ganesh from Govardhan.  Assimilating as much of the culture as possible, you’ll see them wearing bindis, rudraksha malas around their necks and a beatific smile on their lips.  You see, the Eternal Sunshine Yogis are on a quest to spread peace and happiness worldwide, and they will do so one Namaste at a time

3.  The All-That-Brawn Yogi.   Erstwhile gym rats, they can plank better than the best of us.  Plus, they are faster, stronger, fitter than you.   You can tell by the perfectly sculpted muscles under their expensive, dry-fit, ribbed, breathable body con workout gear.  Or better yet, they will drop down and do 108 Surya Namaskars for you even before you can say yo-ga.

4.  The Social Yogi – These yogis are the centre of attention of the yoga class….or any of the other numerous classes/causes they are a part of.  There’s not a person they don’t know in the class, usually because they take it upon themselves to welcome newcomers…and to increase their circle of influence.  They are easy to spot – they are loud, exuberant, gregarious, forthcoming…and get withering looks from the Constipated Yogi because…well because they know that the Social Yogi is not the real thing.  But the Social Yogi couldn’t care less, they are too busy bonding with the Eternal Sunshine Yogi.

These are my observations so far.  What are the yogis you’ve observed?

Curves in a local market in Islamabad, Pakistan: 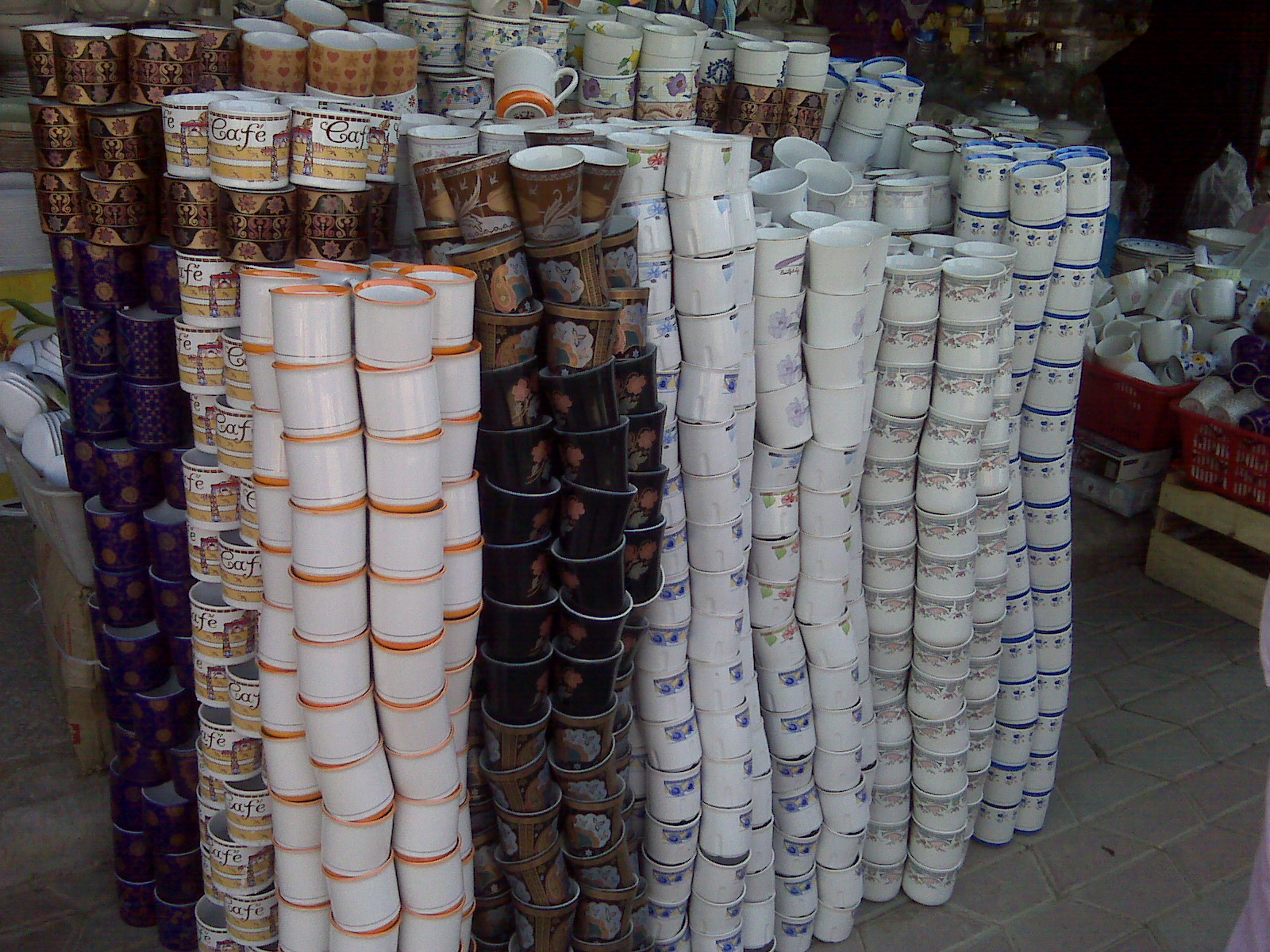 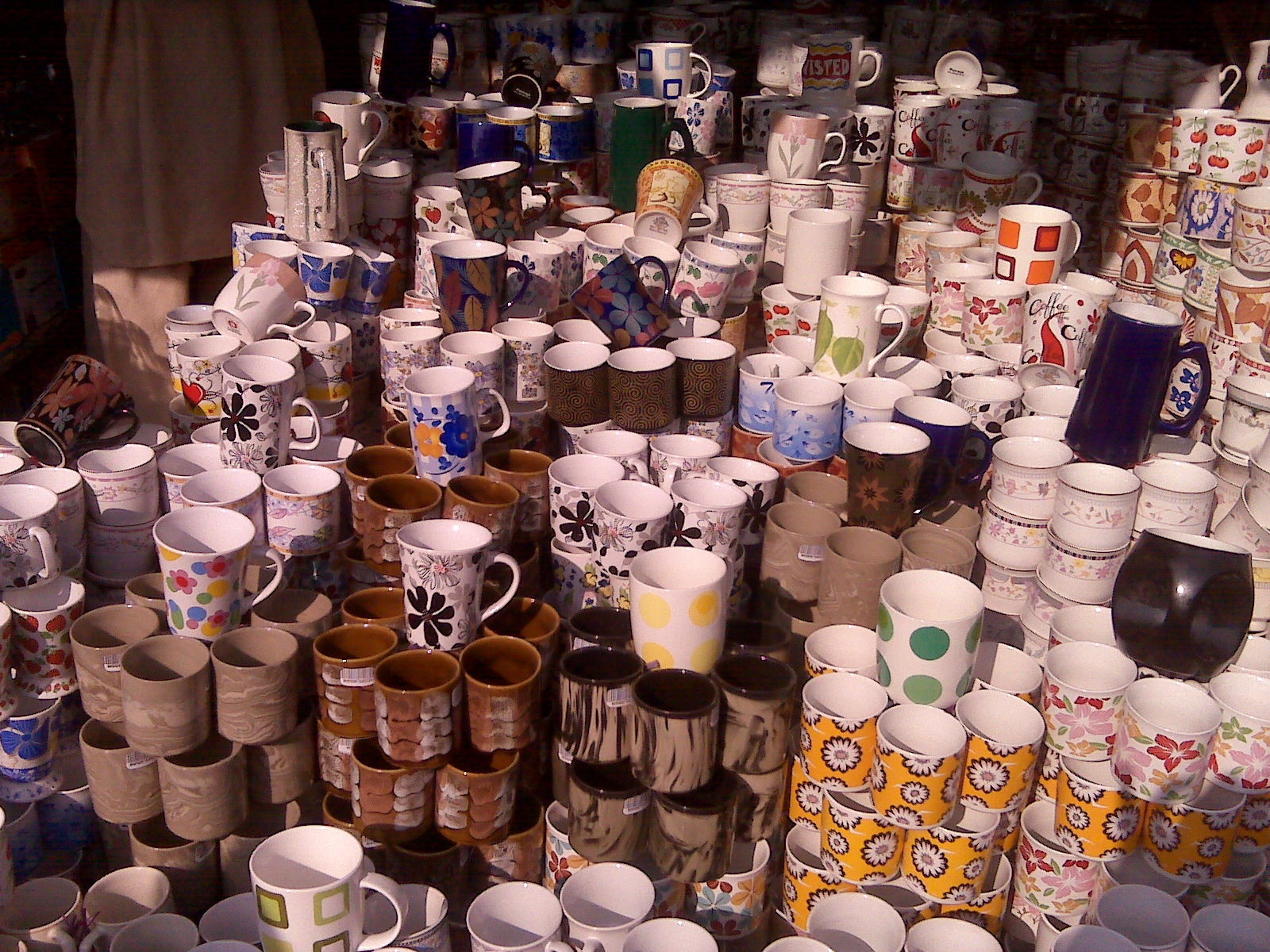 All Hail the Sun God…in Detail

The Surya Namaskar or Sun Salutation is probably the most well known yoga routine.  It also happens to be a ‘complete’ routine in that it works on your stamina, strength and balance.  The sequence of asanas and how to breath in coordination might be a bit daunting for beginners.

So, let’s break down the Surya Namaskar and take a closer look. 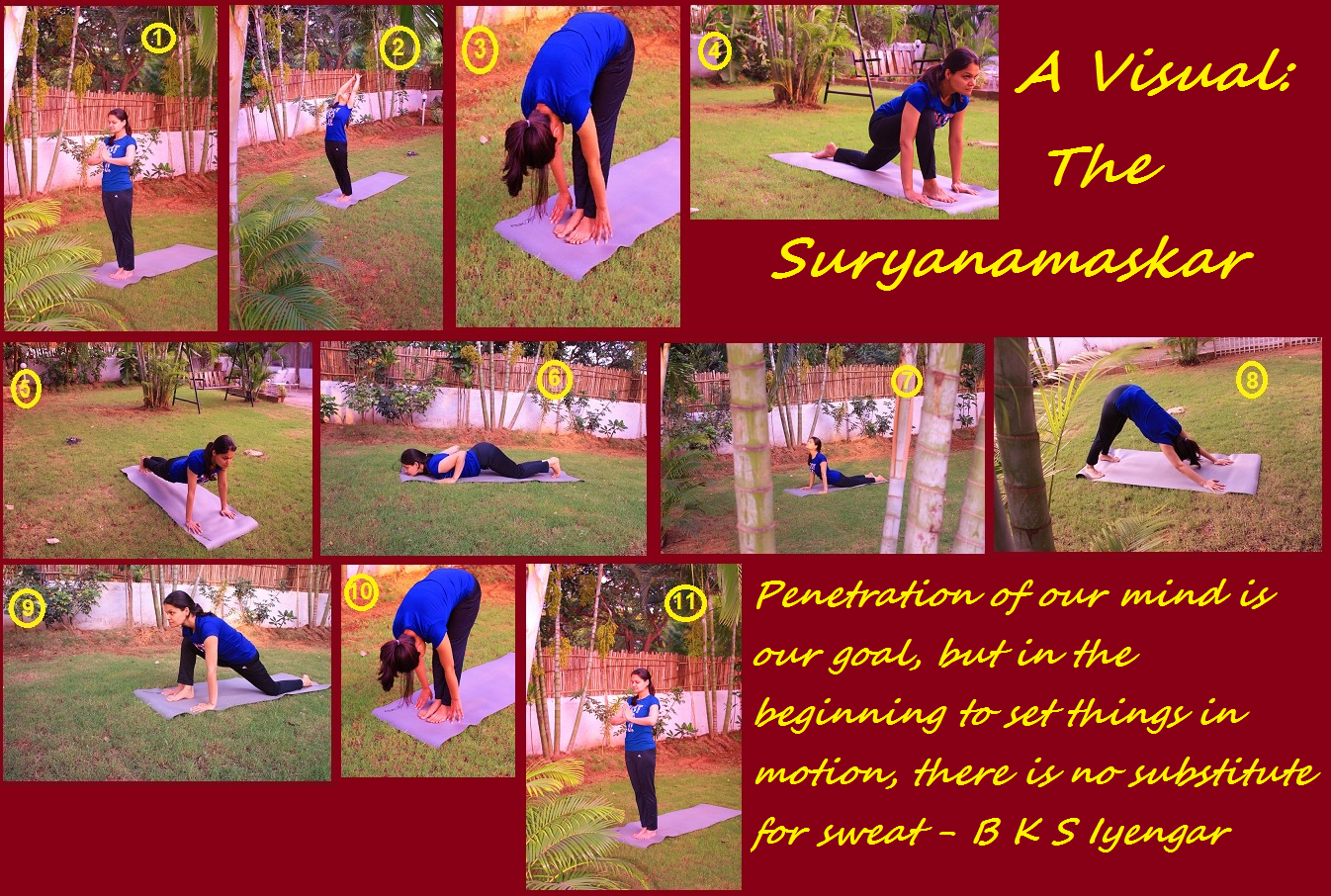 1.  Namaskar Mudra – Stand up straight and tall.  Make sure your toes and knees are touching.  Spine should be erect and shoulders relaxed.  Eyes should be closed and face relaxed.  This is the first pose of the Salutation so take your time  breathing deeply and motivating yourself to do the best Sun Salutations you can.

2.  Hastauttanasana –  Inhaling stretch your arms up and over your head.  Keep our eyes on your fingers and keep your awareness on the stretch on the front part of your throat as well as your abs.

3.  Padahastasana –  Exhale and bring your hands all the way down to your feet.  If you can place your hands flat next to your feet, then do so making sure your fingers and toes are in one line.  Also, if you’ve had a knee injury then you can bend your knees.  People with back problems should exercise caution when doing this pose.

4. Ashwa sanchalasana/Horse pose – Inhale and take one leg back.  Look up towards the ceiling/sky.  Awareness on the stretch on your things.  Keep your shoulders and your hands strong.

5. Chaturanga danda asana –  Exhale and take the other leg back.  Your body should be in a straight line, so make sure your shoulders are strong and squared and use the power of your abs to keep your hips in line with your body.  Your wrists and shoulders should be in one line.

6.  Ashtanga namaskar asana –  Holding your breath bring your knees down to the floor.  Next bring your chest down between your hands.  Finally bring your chin down.  In this pose you should feel a mild stretch in your neck area.

7.  Bhujangasana –  Inhale and slide your upper body forward and up.  Look at the ceiling and feel the stretch on your back and abs.

8.  Parvat asana – Exhale and take your hips up towards the ceiling.  Look at your navel.  Make sure your knees and elbows are straight.  In this pose your body should be in a straight line starting from your wrists all the way up your back and then down to your ankles.  The body should look like a mountain – hence the name of the pose.

9.  Horse Pose – Inhale and bring one leg back between your hands (the same one you had taken back in Step 4).  Try to get your toes and fingers in one line.  Look at the celing and take your awareness to the stretch on your thighs, your abs and the front of your neck.

10.  Uttanasana – Exhale and bring the other leg back.  Make sure (if you can get your hands flat on the floor), you do so with your fingers and toes in one line.  Look at your knees and awareness on the stretch in the back of your legs and lower back.

11.  Inhale and come back to the stithi – or the starting pose.

Let me know if you have any questions about any of the asanas.  I’ve tried to be detailed about where you should feel the stretch and where you should be looking whenever you’re in a particular asana, but there might be points which require more clarification.