‘Twas my last class with Saraswati and I was super excited.  Because she’s a woman of few words, we have to glean whatever we can about her personality from the little interaction that our practice sessions afford us.  Saraswati is very equanimous.  She has never displayed ego.  She has never displayed displeasure.  Sometimes (rare and delightful occasions) I have seen her smiling.  And never have I heard her rebuke a student, until this morning.

When I walked into class this morning Saraswati was reading a book.  Very intently.  If I wasn’t a huge fan before, I was one now.  Who doesn’t love a person who can’t tear themselves away from a good book?  (Personally, I love all those who try to get in a few more paragraphs in the middle of a work day.)  Finally she shut her book walked into the main hall.  I was up to the seated postures when I heard her speaking to a student:

Student giggles and mumbles something.

Saraswati walks away and a bunch of us are trying hard to control our laughter.  Someone falls out of the Ardha Baddha Padma Padmottanasana, clearly unable to contain their laughter.

Saraswati is sweet like that.  Even when she’s strict and rebuking a student (I’ve been on the receiving end), she doesn’t lose that gentleness.  I get the sense that when she teaches us she does as she would her own children.

When she came to adjust me today, she told me that I now need to start raising my leg higher in the Utthita Hasta Padangusthasana.  She gently raised my leg to show me how much farther up I will be able to lift.

She was clearly in high spirits today.  She asked me how far I’ve gone and I said “uh marichyasana…” and tried to think of whether it was C or D.  “C” I said halfway between a statement and a question.

“I don’t teach Marichyasana C,” she said to me imitating my statement-question tone.  This time I didn’t bother controlling my laughter.  You’ll only know how cute Saraswati mimicking you is when she mimics you.

Then she sat down to help me with Marichyasana D and asked me, “Your last class?”  Yippiee!!!  Saraswati knows my last day!!!  She knows I exist!!! She may even know my name!!!!  I think I detected a slightly puzzled look in her eyes in response to the huge smile that broke across my face when I was contemplating that fact that Saraswati may actually know my name. 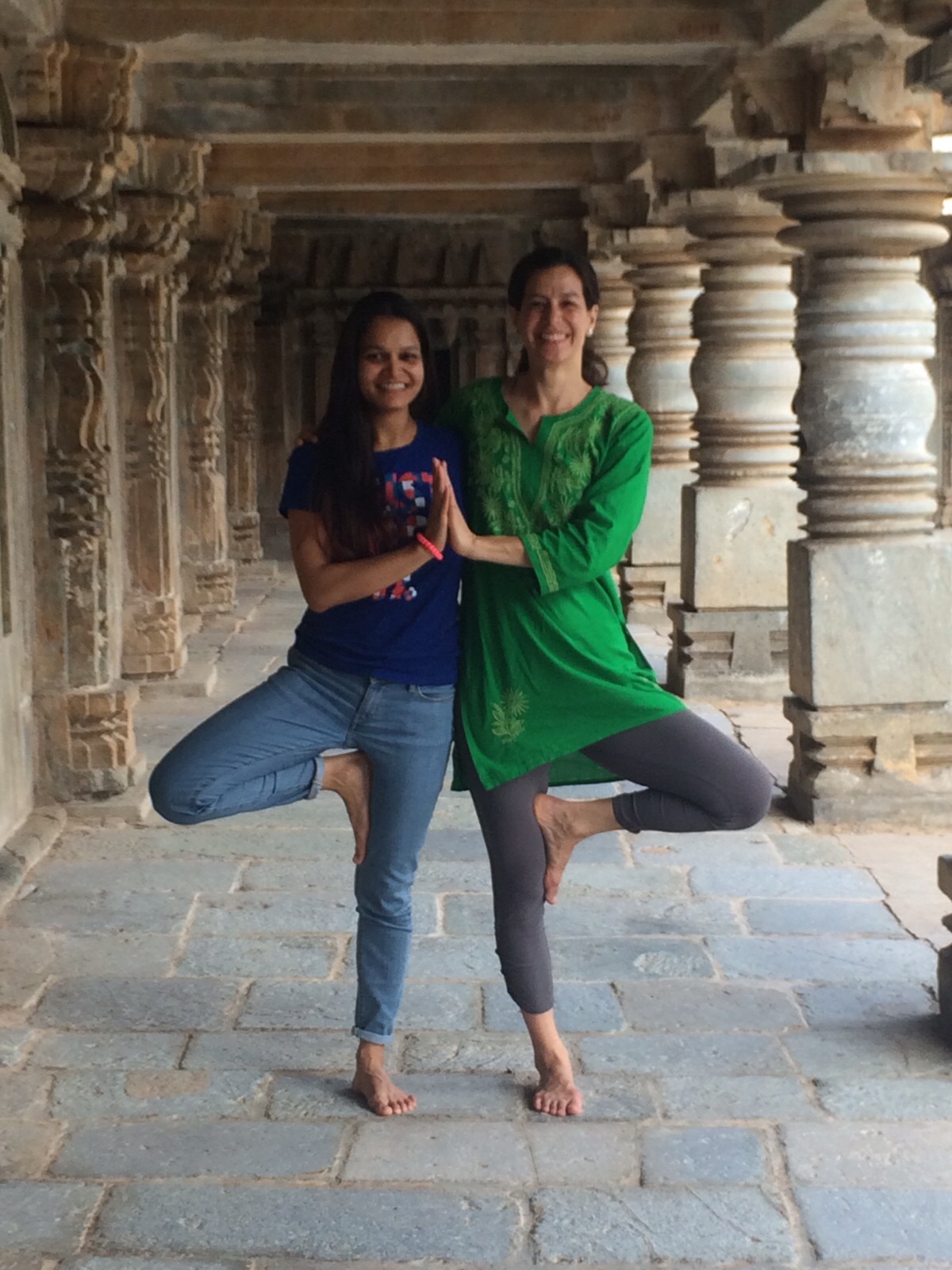 As I was leaving I heard her calling out to a guy standing near the naariyal paani wallah.

“I live in Delhi,” said the guy who was originally from Manipur.

“Ooooooohhhhh I thought Chinese,” said Sarawati before heading back into her shala.

My journey with Asthanga yoga continues in tomorrow, in Bangalore at the Purple Lotus.