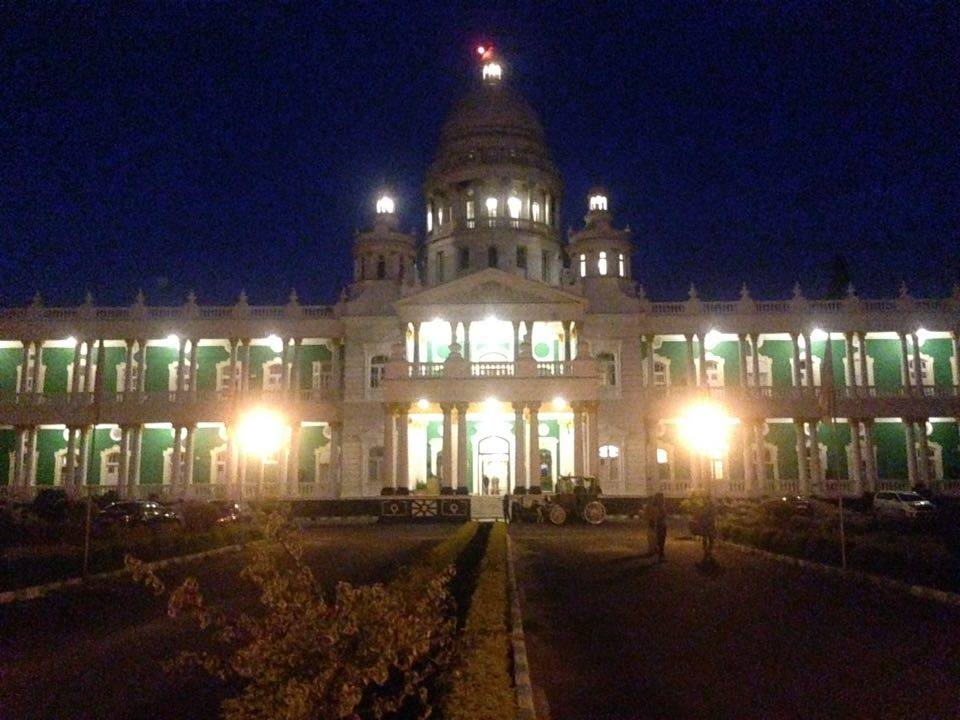 Today Saraswati helped me with the Utthita Hasta Padangushtasana and then asked me if I could do the Ardha Baddha Padmottanasana.  I said yes and showed it to her.  In her usual clipped style she told me, ‘Good.  Tomorrow new asana.’ So in her clipped style I asked, ‘Today?’  She responded, ‘Not today.  Today is Tuesday.’  I was confused but decided that they probably don’t teach anything on Tuesdays.  Later on I found out that they don’t.  I’m not sure why, but maybe the answer lies in the ‘Yoga Mala’ which I’m waiting to get my hands on soon.

Since we didn’t have chanting class today, a bunch of us decided to go to the Lalitha Mahal Palace.  It’s the second largest palace in Mysore and situated on a small hill.  The architecture is very British and I think it was actually used by the British resident of the state of Mysore at one point.  It has sprawling gardens on all sides and a great view on all sides.  The building has been renovated, but the colors they’ve used on the outside of the palace are kind of tacky.  I wish the interiors had been done up better too.  The furniture is shabby and the upholstery, dirty.  They’ve painted ghastly religious figures on some of the glass work on the first floor.  The life-sized portraits are of the kings of the Wodeyar dynasty, but the pencil sketches are all of the fall of Srirangapatnam and the surrender of Tipu’s sons.  Some of the furniture is really nice though.  They have huge tables with intricate carving on the side panels.  These have just been pushed into corners with obvious disregard.  We saw a wooden chair that I liked so much that I would’ve brought it back with me if I could have snuck it out.  The most comfortable wooden recliner ever.  For some reason it had two sets of arm rests, one of which could swivel out and around to the front and across the chair.  We put our heads together but couldn’t figure out what the chair was for. 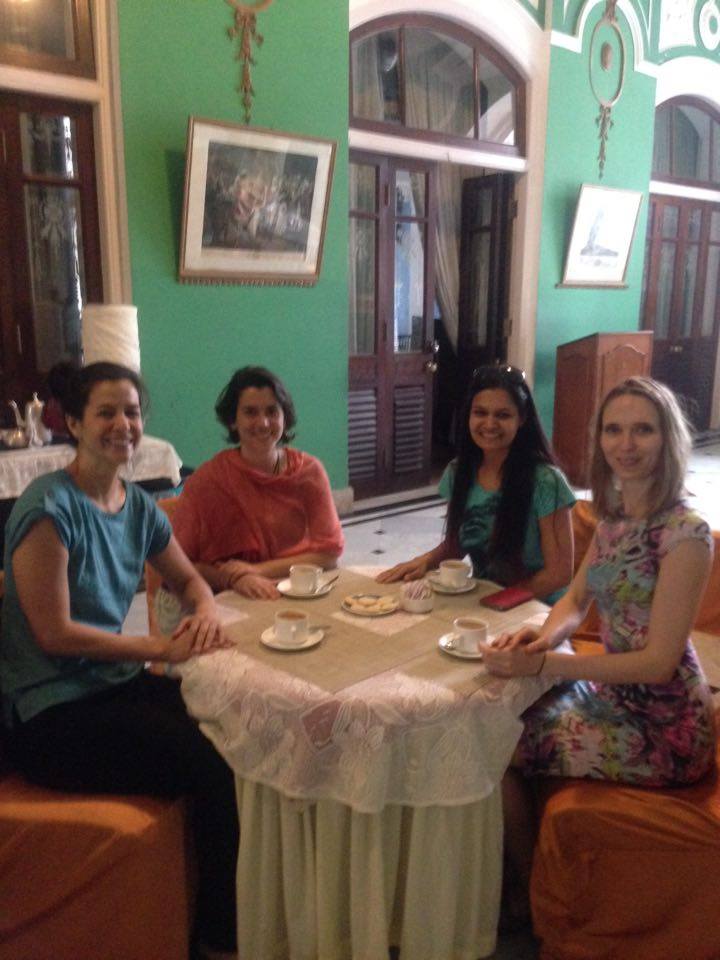 There was another curious looking piece of furniture pushed against huge dirty French windows.  It was too high to be a table, and besides there were not carvings on it.  I went closer and saw that there were hinges on the surface and that you could actually open this box on 4 legs.  Alexa helped me lift the lid and this largely ignored piece of furniture was a grand piano.  And you could still play it.  Feedback for the Ashoka group:  try and preserve the character of these heritage properties when you take over! 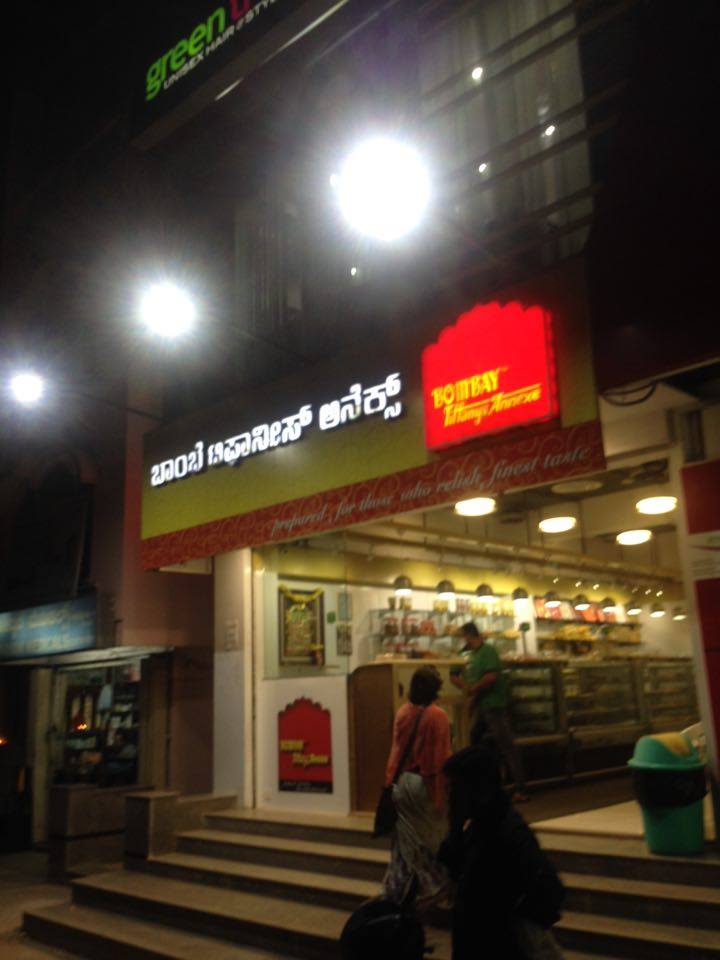 Once we were done wandering around we sat down for some tea.  The hotel staff started to ‘politely’ clear away our cups by the second hour of our conversation.  The sun had set and the lights of the hotel had been switched on.  We took photos.  We stopped by Bombay Tiffins Annexe  to pick up some Mysore Pak and then Dose Corner for dinner.  Tomorrow I will be up bright and early for the new asana that I have been promised by Saraswati!