A Day in Varanasi – Called by the Yoginis 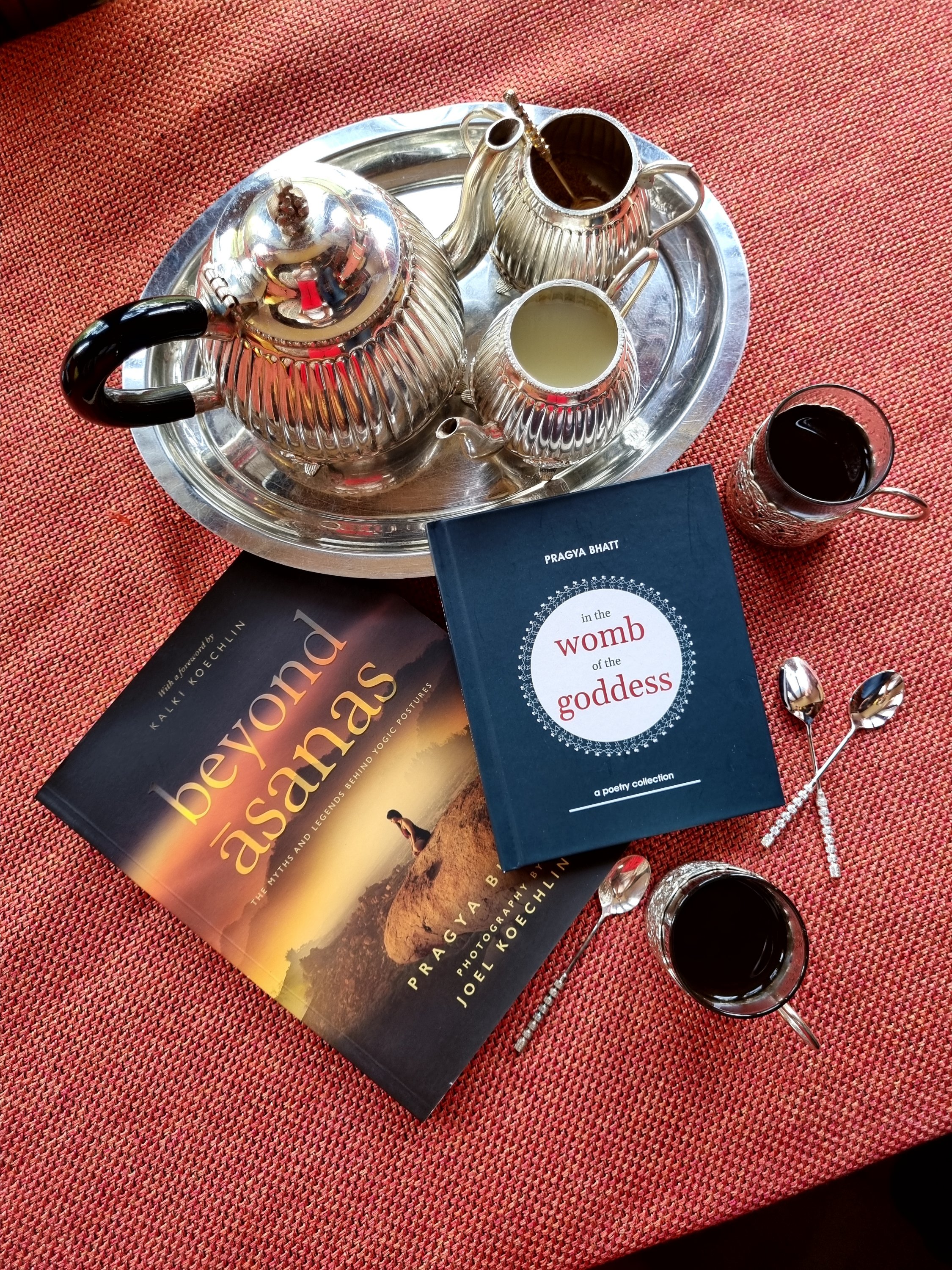 Ever since the publication of my second book, I’ve been compulsively taking photos of both books. This picture was taken during a particularly leisurely breakfast during Diwali week.

Those who’ve ever been to Varanasi know that any amount of blogs/books/videos fall short in describing its unique vibe.  There’s so much the city has to offer that one trip isn’t enough.  Whether it’s food, textiles, history, yoga, architecture, culture or spirituality – there is something for everyone.  In writing about my time in Varanasi I wasn’t sure how to encapsulate my experience in a single blog.  So this time I’m going to try something different.  Instead of encapsulating, I’m going to see if I can recreate a special day for you.

During her first visit to Varanasi, my friend Sowmya discovered the Chousathi Yogini temple there.  Her account intrigued me.  The temple she described was architecturally different form the ones we had seen in Ranipur Jhariyal.  What’s more, there was only one yogini idol in the temple.  Yet, the priest insisted this was the temple.

This city is fabled to be as old as time, an ancient city whose narrow winding web of lanes are fragrant with the smell of devotion, where faith is palpable even in seemingly forgotten crevices.  A city whose power can be felt in the crowds that still throng there in search of salvation.  A city where you can casually enjoy a glass of lassi at the Blue Lassi Shop and hear people chant ‘Ram naam satya hai‘ as they carry their dead to the Manikarnika Ghat… 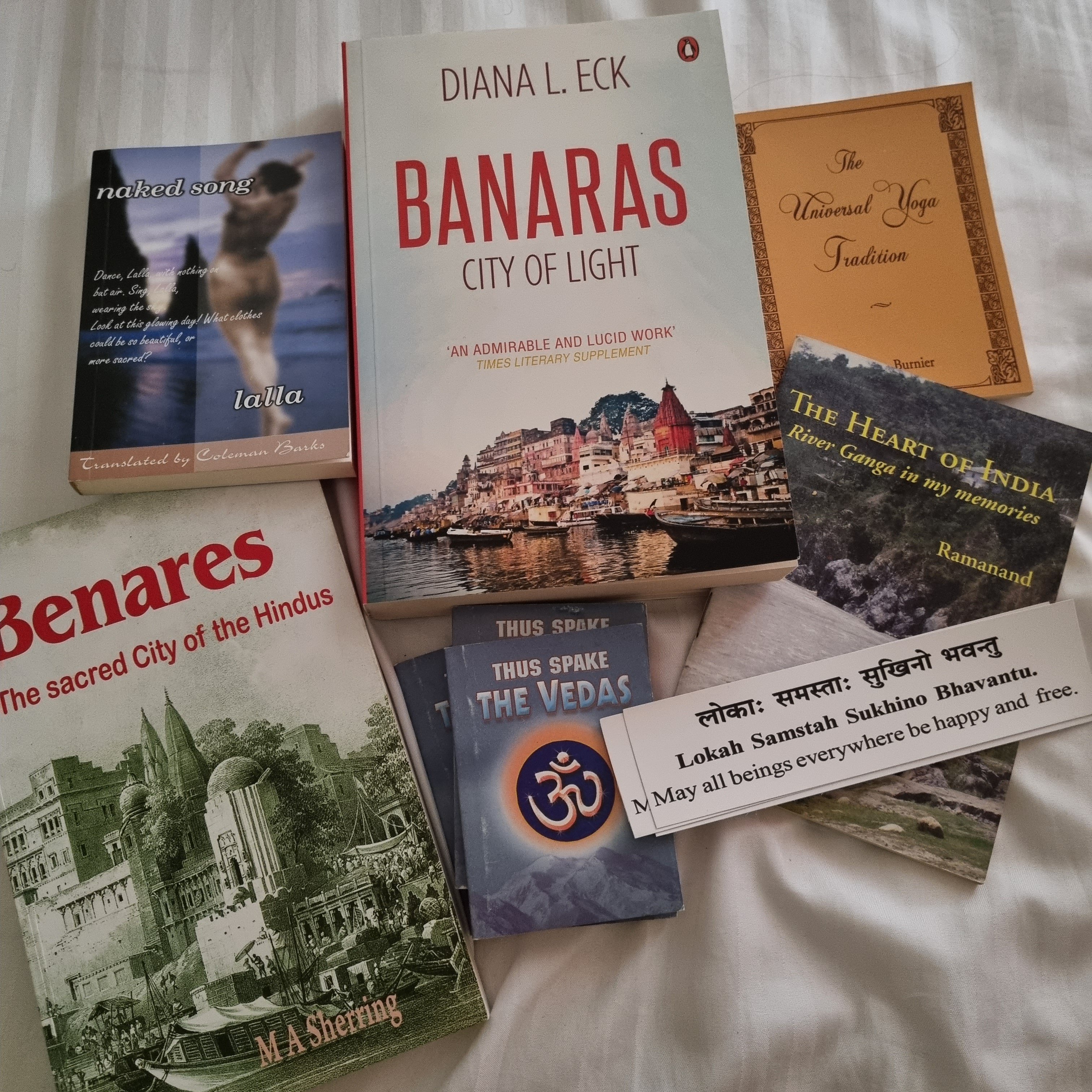 I’d recommend reading ‘Banaras City of Light’ before you visit Varanasi. But I’m having a good time reading it even after my trip. ‘Benaras’ was recommended to me by the guy manning Pilgrim’s bookstore the day I visited. I’d recommend a visit – they have interesting books, postcards and bookmarks.

I love researching a place before I visit, and there is so much on Varanasi.  Unfortunately, I didn’t have enough time to read up, so I decided to listen to a few podcasts.  I came across a reference to the 64 yoginis in one of them.  Sitting in my comfortable seat in the Vande Bharat Express train, I had an uncanny feeling that the Yoginis had called me.  And I must track them down.

The question is, in a city teeming with temples, how do you find information on an elusive (and perhaps even forgotten) cult?  Turns out, I didn’t have to look too far.  Stay tuned for the day that unfolded…. 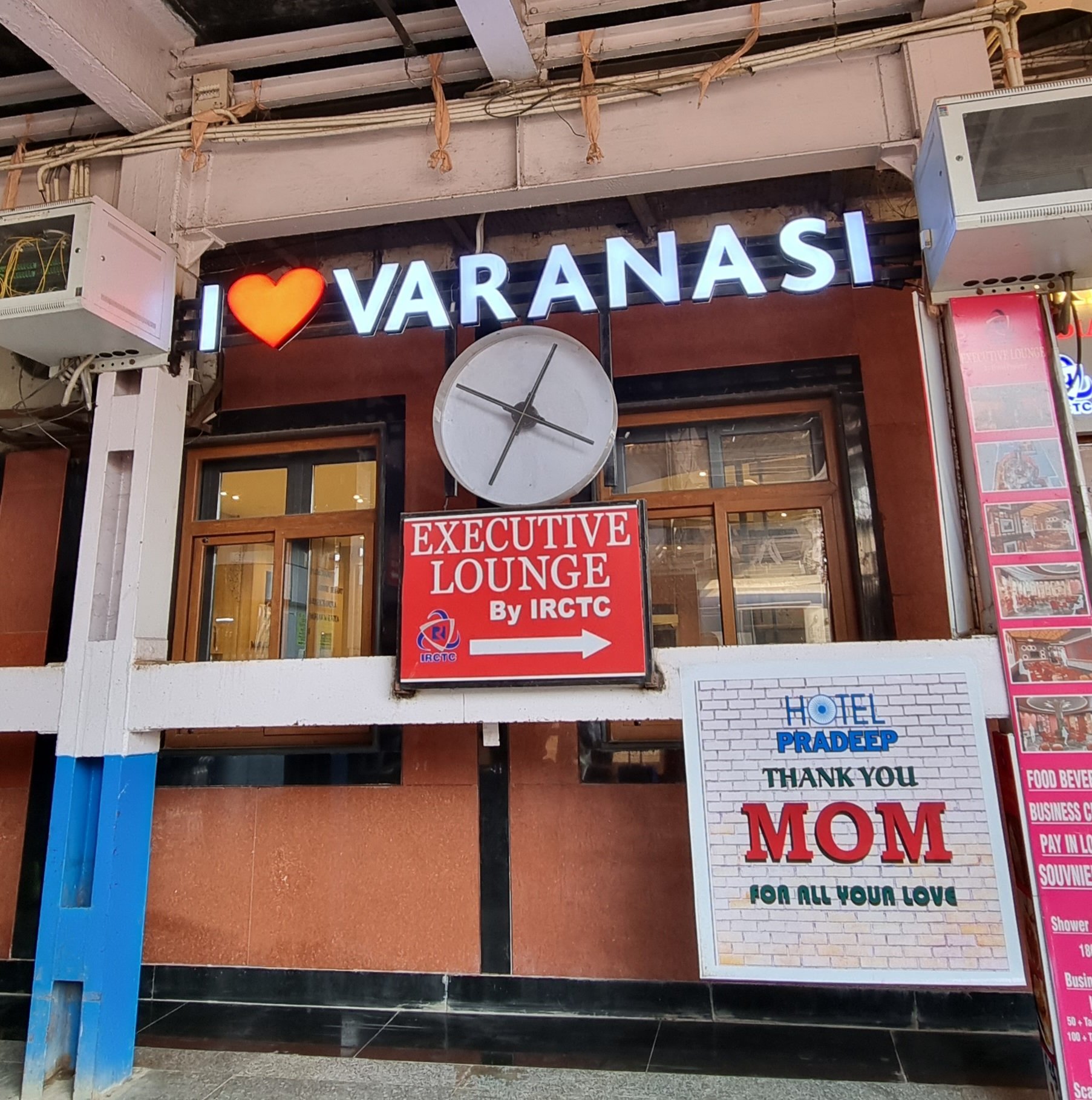 When I saw this sight in the crowded railway station, I couldn’t really connect to it. Not sure if I love Varanasi now, but I certainly long to return.