Who Was Swamy Vivekananda? – Day 4 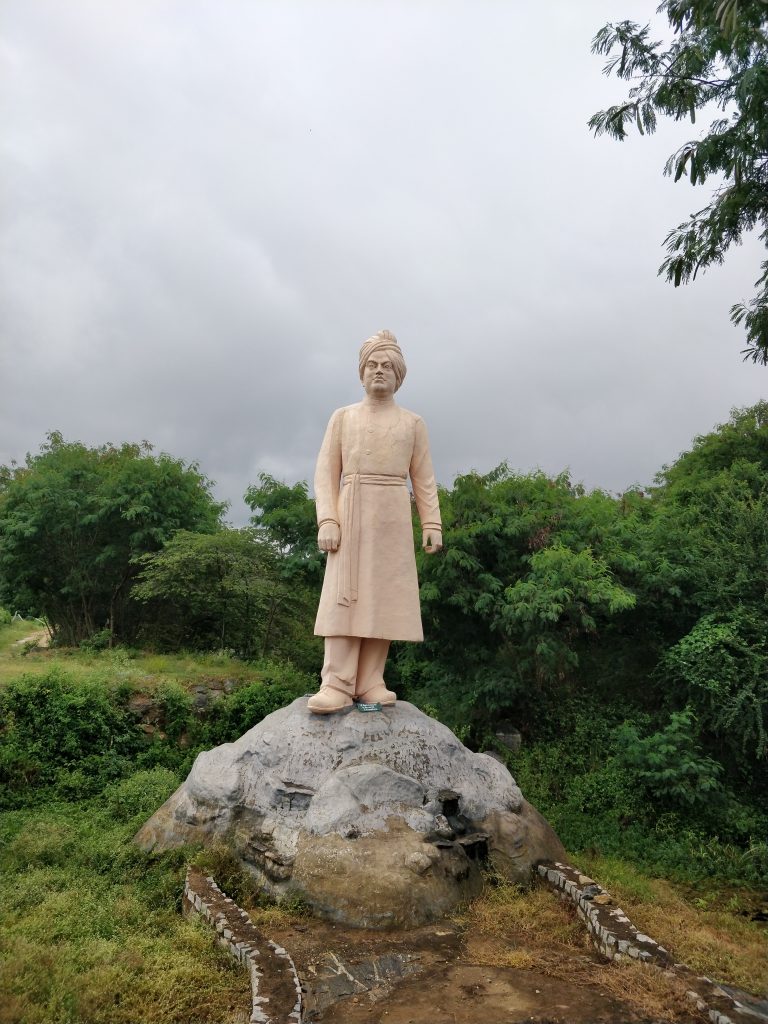 Swamy Vivekananda is arguably one of the most popular spiritual leaders of India. He was born on Jan 12, 1863 to wealthy parents. He was christened Narendranath. Born to priviledge he was also well educated and had a liberal upbriging. As a young adult the question of God and the Supreme Being fascinated him, and he tried finding answers to his spritual crisis with reason and logic. The quest for an answer took him to many religious teachers and masters. He finally found what he was looking for in Sri Ramakrishna, another prominent spiritual master at the time. This resulted in a deep spiritual bond and Narendranath became Swamy Vivekananda.

In 1893 Swamy Vivekananda represented India in the World Parliament of Religions held in Chicago. His lecture was about India, Hinduism and Sri Ramakrishna’s philosophies. His speech drew a lot of interest and he spent the next two and half years in America, and eventually established the Vedanta Society of New York.

Despite a deep respect and love for Hinduism, Swamy Vivekananda thought of his countrymen first which is why he is considered to be an early nationalist.

This institute is named after him because he represents a scientific approach to Indian culture. SVYASA endeavors to explain the expansiveness of Indian culture and attempts to cultivate a love for the country among the students. For this reason we have bhajan classes and talks, students learn desh-bhakti songs as well, the national anthem and the national song are a daily affair and discourses are held on important lessons from the Gita. I know it sounds a lot, and maybe a tad bit too Hindutva for many of you. But…it’s not that bad! 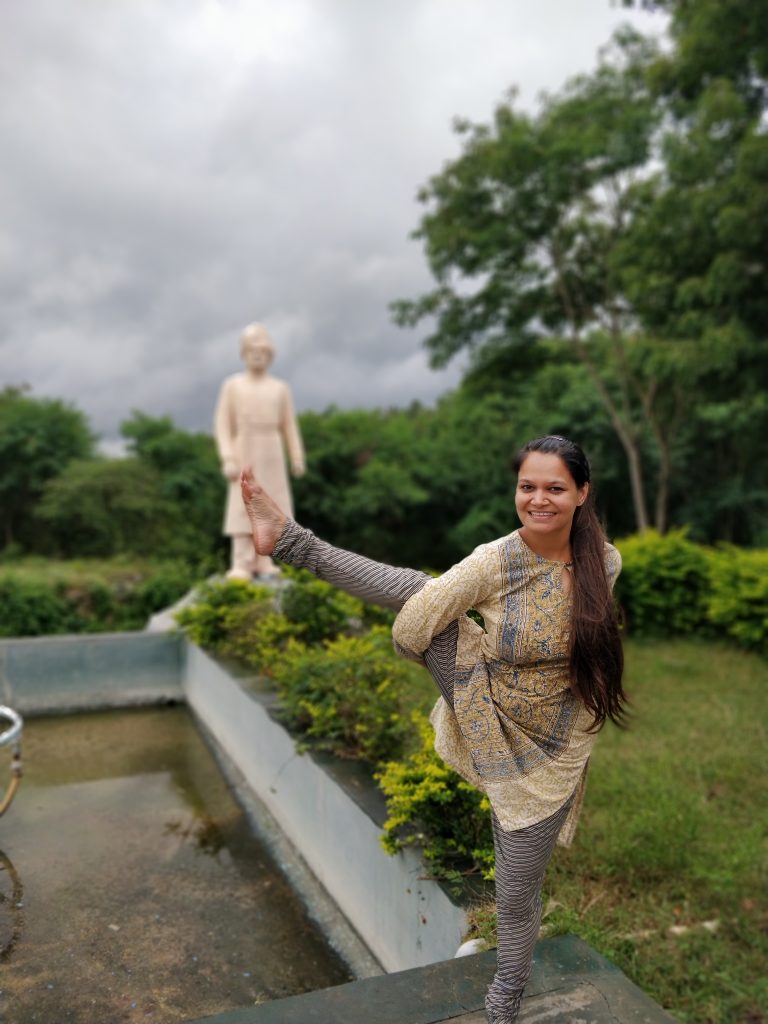 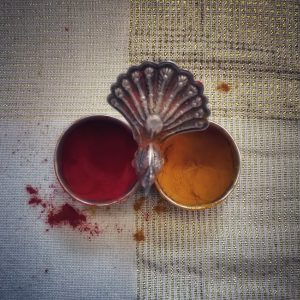 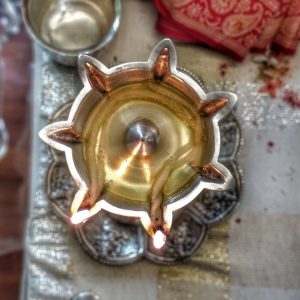 Faith is abstract.  Its manifestation is concrete.  Ganesh Chaturthi is a good time to witness faith.

In my friend’s house the festive season has already started.  It starts with Ganesh Chaturthi.  For the entire 5 days that the Ganesh idol sits in their house, they celebrate.  People visit, good food is cooked, everyone laughs.

The house gets a face lift

enthusiastic dusting for every surface

the twinkle of the silver pooja-thali

the smell of incense wafting through the rooms.

aarti together in the evenings 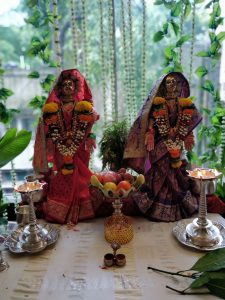 From L-R : Parvati & Gauri. These statues have been in the family for generations. These statues along with their saris and jewels are carefully taken out of storage every year. They are dressed in all their finery in an elaborate ceremony. The oil lamps are lit. For the next three days the lamps are kept lit and morning & evening aartis are done without fail.

Ganesh departs to go back to Mount Kailash after 5 days (or 3 or 7).  His mother and sister stay on as guests in your house.  For three days.  They are the harbingers of health, wealth and good luck.  People believe it to be a great privilege to host Gauri and Parvati in their house for they bring with them the power to fulfill your innermost desires.

Can we soften and allow powers beyond us to manifest our innermost desires? 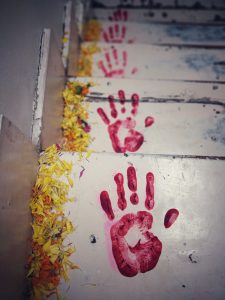 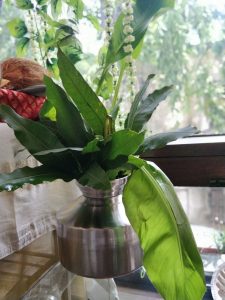 Here’s a blog from 2016 when I visited all the famous Ganesh pandals in Pune.

Dhanteras – Relevant to a Yogi

The markets are a riot of colors.

A few years ago I spent three days in the Sivananda Ashram near Neyyar Dam (Kerala).  I found out later that the ashram is called ‘Dhanwantri’ Ashram.  And in passing someone told me Dhanwantri was a sage in Indian mythology.

Fast forward a few years and I’m in Delhi looking for topics to write about and helping with Diwali preps.  A common question in most Hindu households during this time is what to buy for Dhanteras.  Delhi markets are in stampede mode.  The police are deployed everywhere and their loudspeakers only add to the confusion.

I started to wonder why we celebrate the acquisition of wealth.  Our culture is known for its vast array of literature, for its scientific approach, for its philosophy.  A day marked by going out and buying jewellery or household vessels seems incongruous with the ethos of our culture.

Turns out that Dhanwantri was the physician to the gods, and the god of Ayurveda.  Until now I assumed that ‘dhan’ meant wealth, but my mother (the Hindi literature expert) told me the word refers to any kind of wealth.  And since Dhanwantri is the god of Ayurveda, Dhanteras is also a day to celebrate ‘health is wealth’.

“But why do we go out and buy jewellery and utensils,” I asked.  “How is that related to health?” 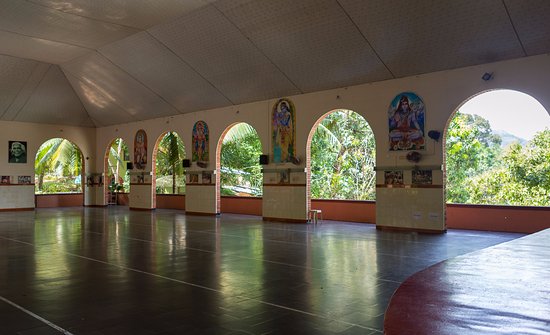 She explained that the idea is to buy a metal.  Metals have healing qualities.  I have a friend who drank water stored in a silver jug through both her pregnancies.  Copper jugs and glasses are commonly found in our kitchens.  In fact, a couple of years ago I bought this bracelet made of the ‘panchdhatus’ at Dilli Haat.  Panch = five, dhatus = metals and wearing a combination of five metals is considered auspicious because they improve the overall health and wellbeing of the wearer.

Dhanteras has also been declared as National Ayurveda Day.  I got my blood test reports yesterday and it’s a negative for the Dengue virus and my platelets continue to be in the normal range.  We can probably trace the roots of the papaya leaf and giloy juice back to Sage Dhanwantri and it’s apt that I’m hale and hearty on Dhanteras 2017.  Also, while we were out shopping I found a beautiful nose pin and decided to buy it for Dhanteras.  I feel I deserve a reward for patiently drinking all that papaya leaf juice!  I tried to get a good picture of the pin.  Can you see the mina work on it and the pretty flower design? 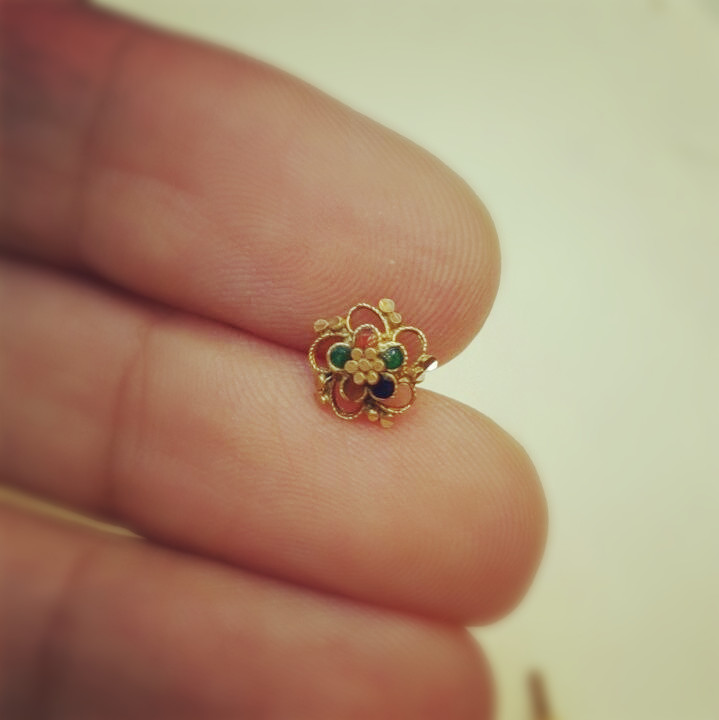 Probably the prettiest nose pin I own. 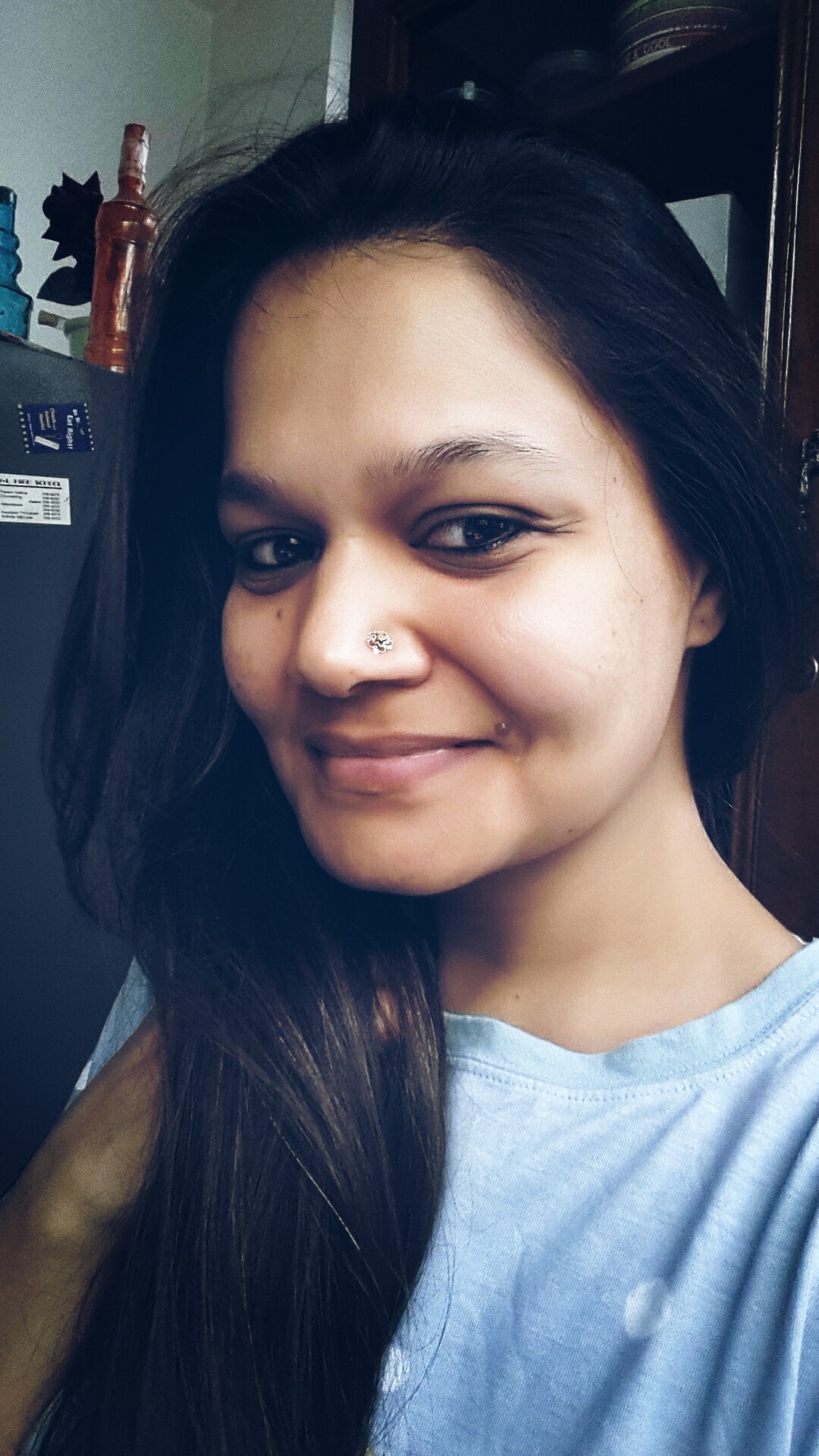 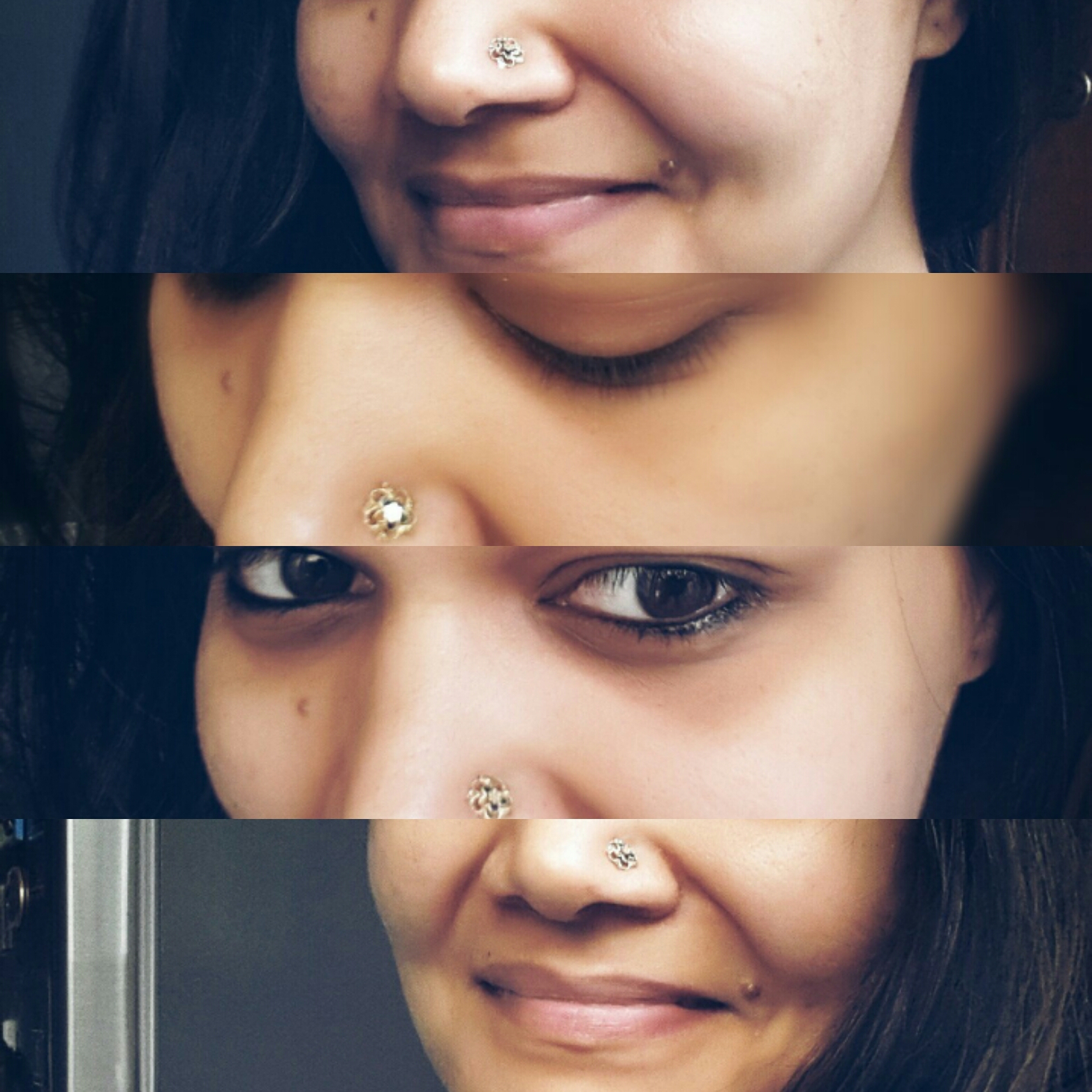 So a day when everyone goes out to acquire material wealth is also relevant to us yogis.  Go figure!