I’ve been reading ‘A Town Like Alice’ obsessively for the last few days and am so engrossed in the book that I decided to hole myself up the entire weekend and do nothing but read.  Towards the evening (when I was about 74% through the book according to the Kindle), I happened to glance at my calendar and realized that this is the last Sunday of the year!  Next weekend is the first weekend of 2016 (and that calls for another blog.  Any  suggestions?).  I always do a kind of stock taking at the end of every year.  This blog was on my mind for a while, but I’ve been busy getting back into the groove of things post Mysore, and of course, procrastinating.  Last year I was so excited about learning something new that I didn’t even wait until the end of the year to put up the blog. 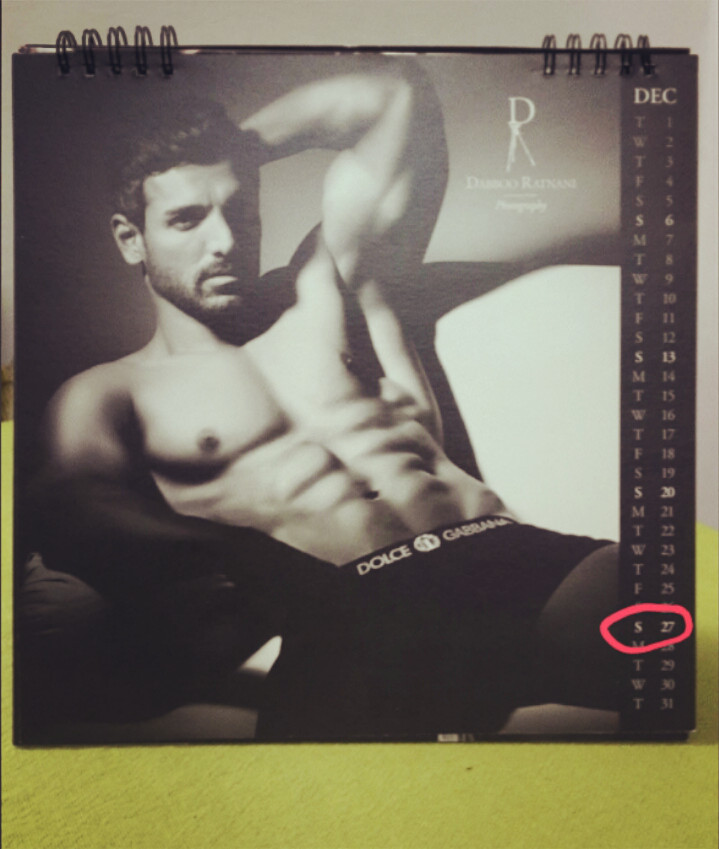 I know, how could I look at this only towards the end of the day, right?

There have been many ‘firsts’ for me this year.  I went to Mysore to practice Ashtanga yoga under Saraswati.  For 15 days I was just another yoga student, practicing and connecting and exploring Mysore.  It gave me much food for thought, and ties I hope get stronger with time.  It also added a new dimension to my practice.  While I just discovered Ashtanga, I have to  say that I’ve practiced it without fail every single day since I left Mysore.  I find that I enjoy the physical rigor of an early morning Ashtanga practice.  However, the Iyengar style engages my mind.  (Don’t get me wrong, Ashtanga also does, but I’m too new to the practice to be able to look beyond the physical aspect.)  Post my Ashtanga practice I feel energized to take the day on, post the Iyengar practice I feel calm and meditative. 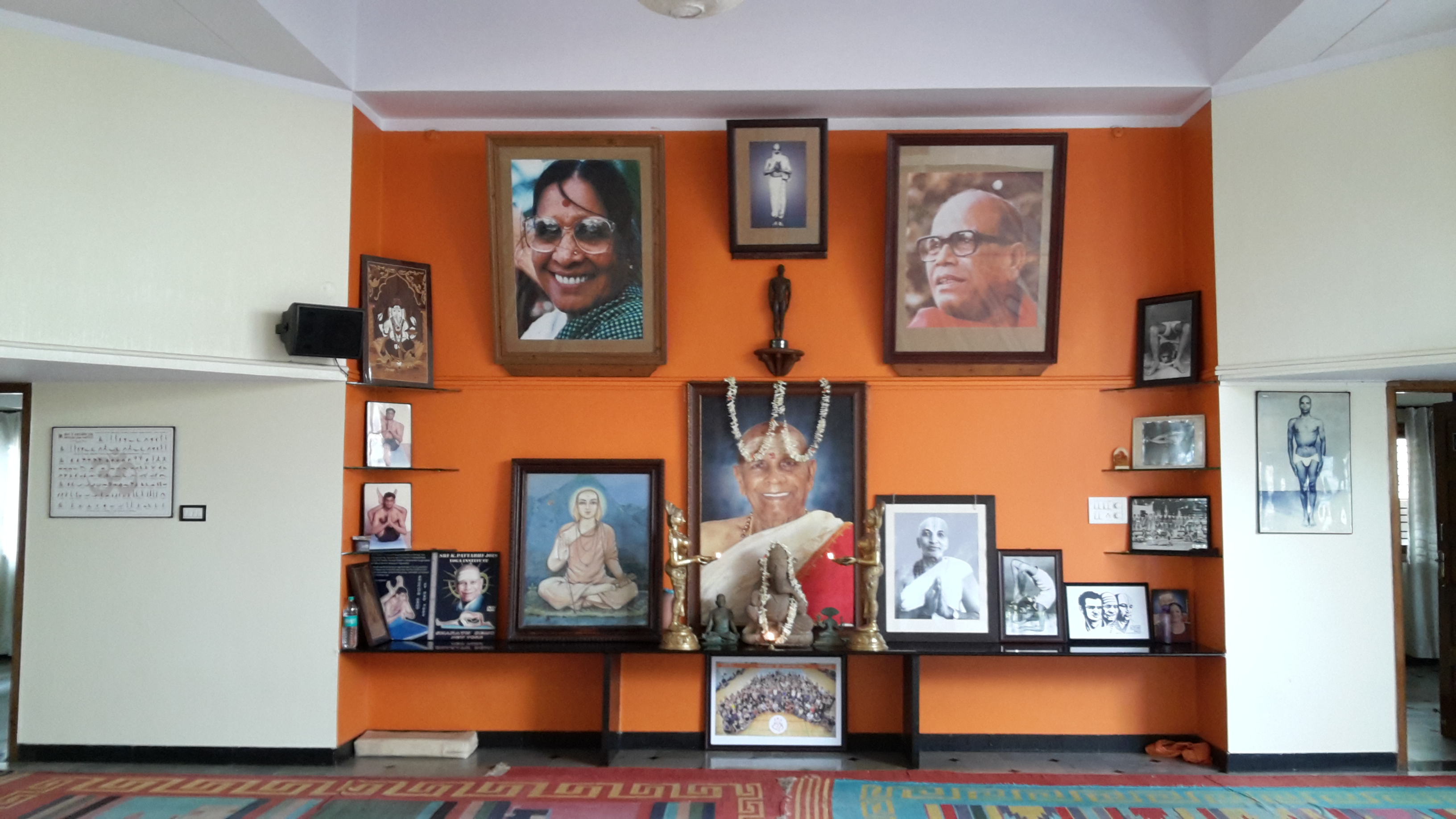 The main Shala, the venue for our Saturday conferences.

There were a lot of ‘first’ for me in terms of food and diet.  I learned how to bake.  For a long time I’ve been toying with the idea of baking my own bread and this year I finally got down to it.  Not only did I bake my own bread, but there have been other experiments with the oven as well (and I’ve shared a few as well).  Baking bread was a bit more of a challenge as I wanted whole wheat and vegan.  A lot of people told me that it can’t be done, that ‘whole-wheat’ meant ‘a bit of maida‘ but I was going to give it a fair shot, before I accepted that.  It helps to have colleagues who will politely swallow your experiments and encourage you for your next loaf regardless.

Vegan banana cake to mark the last weekend of 2015.

I explored veganism a bit more this year.  I attended a talk by Dr. Nandita 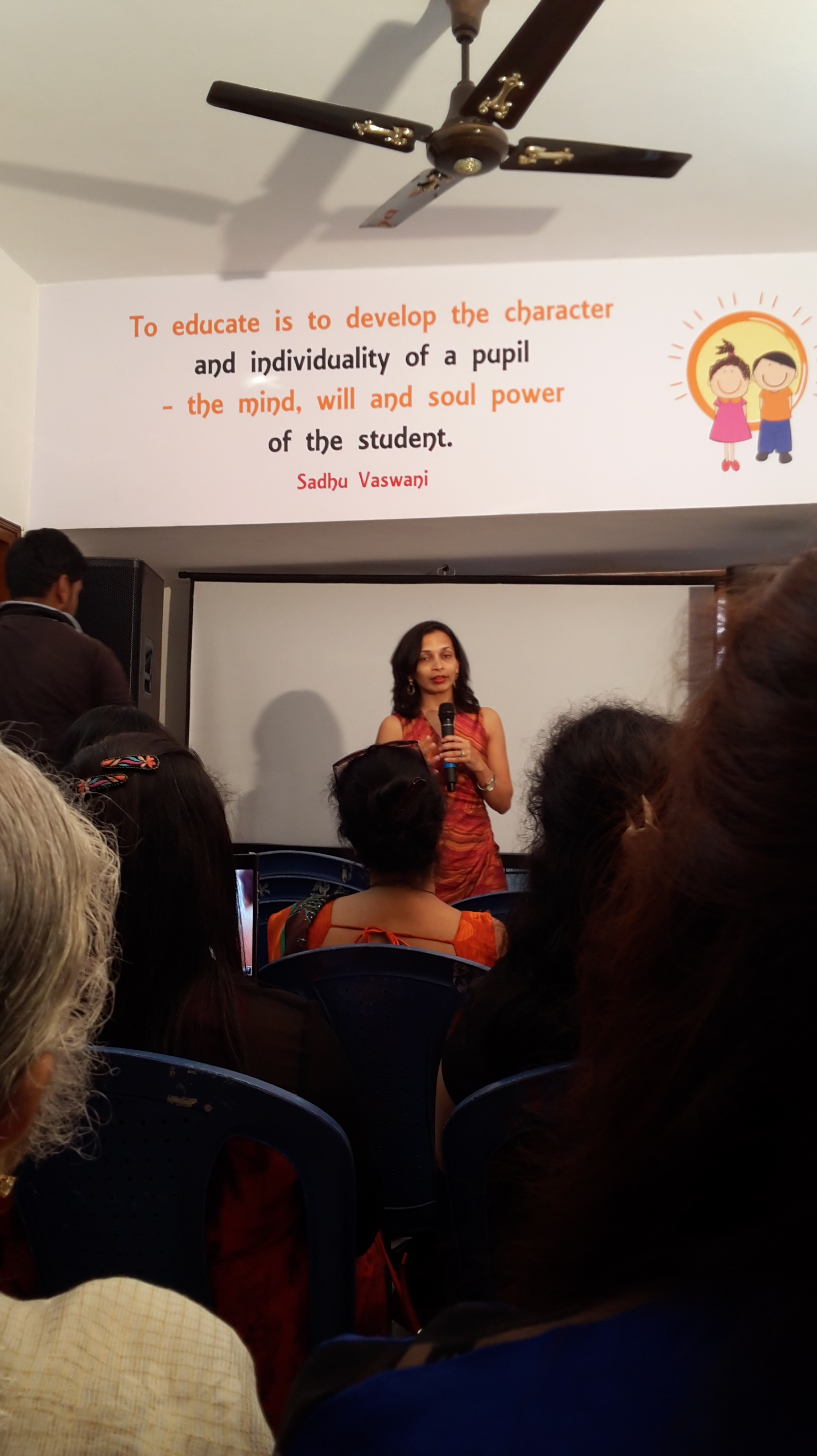 and as usual, assimilated that which made sense.  I blogged about it here. It is only natural then that I marked the last weekend of the year by baking a vegan cake.  I also attended a talk by Rujuta Diwekar and was super excited and happy for so many reasons.

Apart from Ashtanga yoga and baking, another ‘first’ is registering for a run.  Everyone around me seems to be running all kinds of marathons.  Bangalore has numerous marathons and runs year round and I never got around to registering for one.  So when a student sent me a link to register for the SBI Pinkathon Bangalore 2016, I decided to register.  I’ll try my best to train for the run, although it may be a bit difficult given my schedule.  And since the run is on the 31st of Jan, the last day of the first month of next year will also be a ‘first’ for me!

Also, the one thing that needs to be done every year is to throw out that which doesn’t serve you anymore to create room for that which does.  This can be the most mundane and tiresome of things (for me clearing out my closets and donating a bunch of stuff) to things like unsubscribing from all those mailing lists that take up precious space in your inbox (I spent some time doing this too today).  Clearing out your inbox, HDDs and closets is easier than clearing out your mind.  In the next few days I intend to take a good look at people, habits and thoughts that are taking unnecessary space in the shelves of my mind, and attempt to reason them out of there for good.

And before I forget, 2015 is also the year when I shot my first video for The Health Site.

Releasing a video: Another ‘first’.