The King of the Asanas

Whenever I teach the Sirsasana, I never forget to mention that it’s the King of Asanas.  And I go on to say something like, it’s the King ‘cuz it’s the grandest and most amazing pose.  And well, it’s really difficult too.  Until the other day when a student pointed out that that describes pretty much most advanced asanas.  Got me thinking, so I did some research.The reason the headstand is the King of the asanas is the role the head plays in the life and times of an individual.  The head defines a large part of who a person is.  The thoughts originate in the head.  Rational decisions come from the head.  The power of reason and discrimination lie in the head.  So much so that when a baby is born, it’s the head that comes out first.  Metaphorically, the head deals with the world before any other parts of the body.

The skull and the brain are located in the head, and these control the nervous system of the body.  A healthy mind is essential for a healthy body.  The brain is responsible for intellect, knowledge, discrimination, wisdom and power.  According to ‘Light on Yoga’  just like a King controls the kingdom, the brain controls the body.  Therefore, the Headstand is the King of all the other asanas that the body can perform.

Regularly practicing this inversion stimulates circulation of blood to the brain cells, which helps in rejuvenation of the mind (and also helps in giving you that yoga glow).  This flush of fresh blood to the brain cells enables you to ‘see’ and think more clearly.  Quite literally, you see from a different perspective.  This pose is great for insomniacs because it gives the brain some respite from the stress and tension of life.  In the correct posture your torso is expanded, enabling you to breathe better and more deeply.  It’s great to increase your lung capacity.

According to BKS Iyengar, regular practice of Sirsasana ensures that “One becomes balanced and self-reliant in pain and pleasure, loss and gain, shame and fame and defeat and victory.” 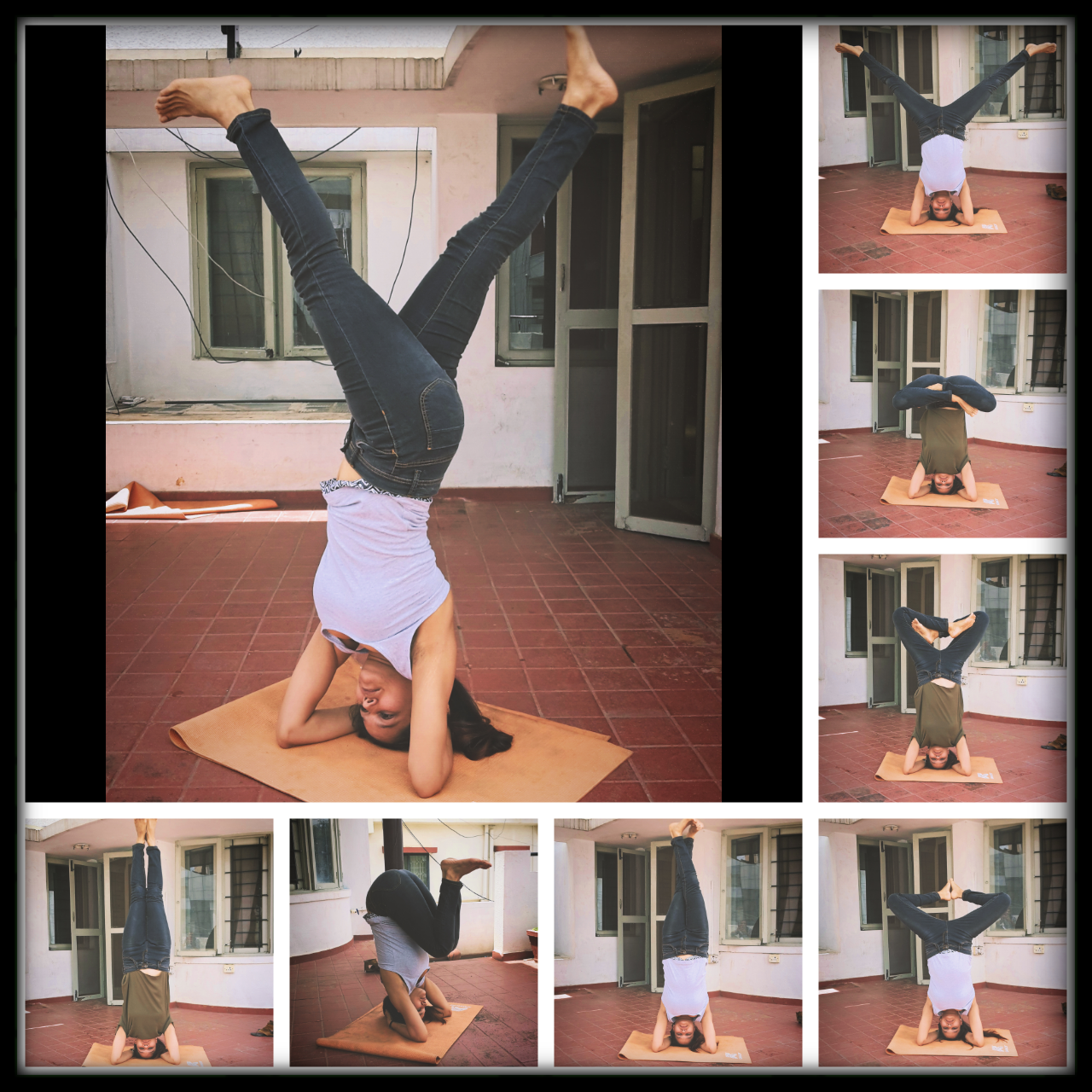 Vegan For a Day

I got invited to a full day workshop about veganism this past weekend.  We were invited for a detailed talk about what it is and why it’s good for us.  We were going to be treated with a vegan breakfast, lunch and snack.  And we were surprised with a goodie bag at the end of the session to enable us to continue on our Vegan journey without a stop.  The session was quite intense, but there were a few things that stood out and they made sense to me as well.  What I’m trying to say is that it wasn’t all mumbo jumbo.  Some of the ideas were logical.  And I’m going to try a few of the things they spoke about.  And in no particular order these principles were:

So the two things you should ask yourself if you want to aim to eat vegan is whether what you are eating is plant based, and whether it is whole.