Walking and the Brahma Muhuratam

I got an early start to my day today, at the Brahma muhuratam to be precise.  Brahma muhuratam occurs one and a half hours before sunrise and considered the best for meditation.  It is believed that at this time the air is charged with powerful electromagnetic particles and this intensifies any spiritual practice or sadhana.  Some even believe that the Ozone layer is closest to the earth at this time and so the air is pure and clean and inhaling this air and allowing it to permeate your pores has numerous health benefits.  Since I was wide awake I decided to walk around the hills a bit, something I haven’t done in a long time, but which I enjoy.  As usual, I practiced ‘mindful walking’.  I made a note of how the air feels and smells, all the sounds, the feel of the ground under my feet, the temperature…basically practicing awareness in something as mundane as walking.

When I came back, about an hour later I felt energetic and happy (fresh air and exercise always make me happy), and so I decided to extol the virtues of walking on my blog.  Here goes:

And finally, if you’re waking up to walk around the time of the Brahma muhuratam then you get clear, glowing skin and strong, powerful lungs as well.

So start your day at the Brahma muhuratam with a walk. 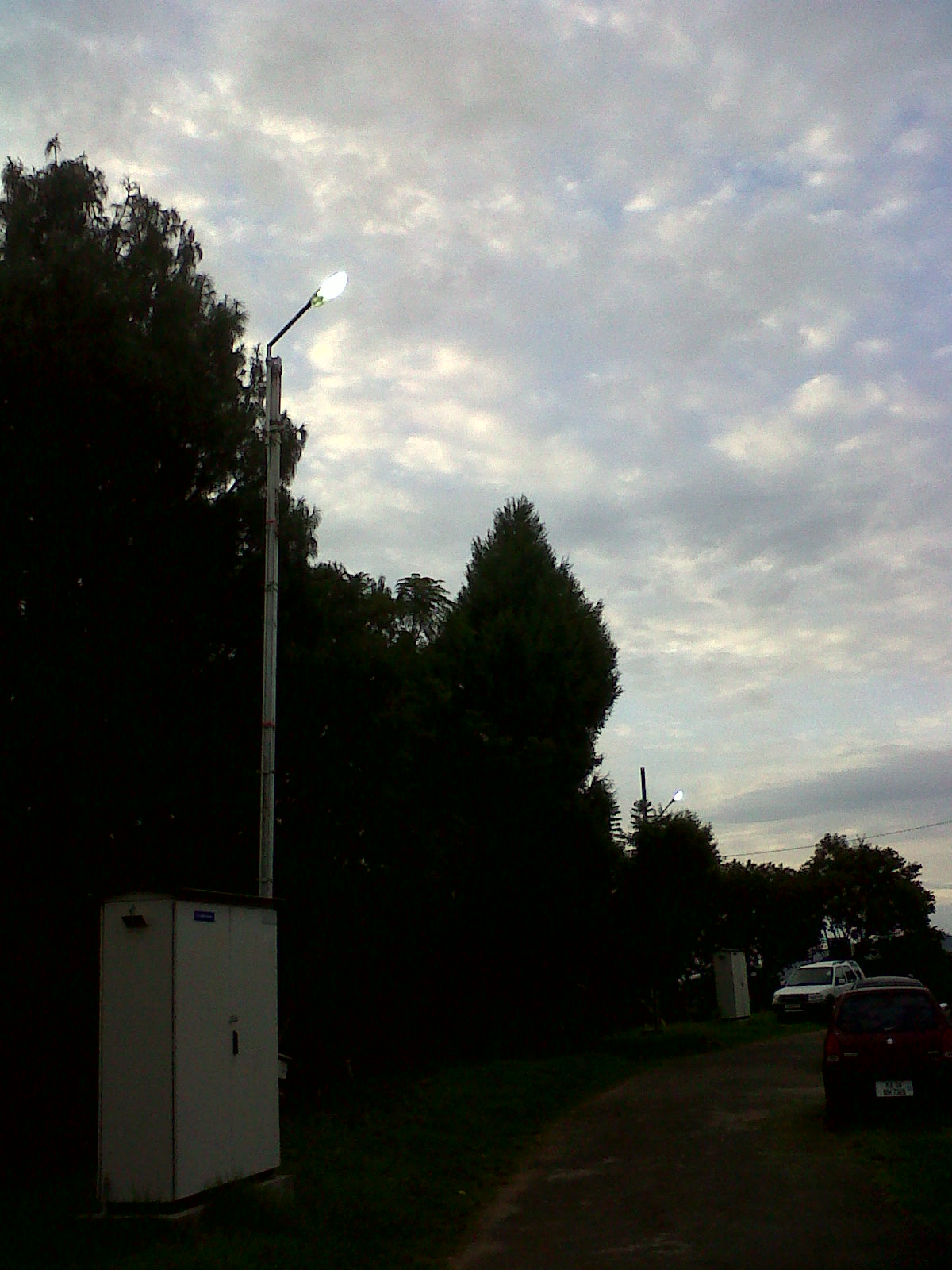 For a while now I’ve been talking to people about my weight loss journey and how I managed to go from a hefty 69 kgs to a healthier 54 kgs.  However, most people would just nod politely (even those who asked me about how I lost so much weight) and move on to another topic of conversation (usually something about healthy eating or exercising).  Until two days ago, while cleaning out my laptop, I came across and old photo of mine.  I decided to do a ‘Before and After’ picture because, honestly speaking, the journey to losing weight is long, arduous, lonely and fraught with self doubt.  The fact that I’ve been through it, and have the pictures to prove it is inspirational not only for me, but I realize now, for a lot of other people as well.

Although it’s great to see how far I’ve come on the journey to shape myself not only physically but emotionally and spiritually as well, I have to say that it wasn’t easy to put up the ‘Before’ picture for the world to see and also (invariably) to judge.  I felt the familiar hesitation that comes with the vanity that is only human.  At one point, the thought “I was so fat!” overpowered the thought “Wow!  I’ve come so far!”  However, yoga not only gives us physical strength but also emotional strength and I told myself that that was me and it’s nothing to be hesitant about.  I looked at the picture again and told myself that though I was many many kgs heavier, I was smiling and glowing.  And many years later, I still am :).  So I put up the picture and realized how powerful a visual medium can be.  By the evening there were close to 50 people (many who were probably coming to the page for the first time) who had commented/liked the picture.  Many said that it was inspiring, others asked for advice still others expressed disbelief.  By the end of today, after many hours of thinking about all I’ve been through on the elusive quest for weight loss, I decided that a blog was in order.

I’ve always been on the heavier side.  And my weight has always fluctuated.  I’d say I was the heaviest during my first year of working and living in Banglore.  Perhaps it was a change of environment, lack of physical exercise or just plain bad eating habits.  Whatever it was, before I knew it I was FAT.  And I stayed that way for a while until one day I just woke up and decided to go to the gym.  Every day.  First thing in the morning.  And work out like a maniac.  I went to the gym for a long long time.  And went from having masala dosas to idlis for breakfast.  I reduced my portions for lunch and dinner.  And before I knew it I started eating sprouts for lunch and salad for dinner.  Not good.  I think during this time my friends did see that there was a change in my eating habits, but I was so obsessed with losing weight that I paid no heed to them.  So there was weight loss and it was encouraging.  Thankfully, I didn’t fall ill because of my irratic eating habits and crazy workouts.  And I realize now that I have only my FAT body to thank, because my body was also strong and stable at the time and prevented me from collapsing.  I frequently come across people who say that they want to lose weight or workout but can’t find the time.  I remember working for a minimum of 9.5 hours (most days it would be 10-12 hours) and still making time for a workout.  I would wake up at 4.30 AM if I had to and hit the gym before work.  I remember exploring all the food courts to see what choices are available to make the ‘right’ food choices.  There came a time when I was in the UK and I remember braving the bone-chilling winds to get to office early to workout everyday, and first thing in the morning.  It was a joke amongst my colleagues that Pragya is the only brown person you’ll find running on the roads of Ipswich early mornings on the weekends.  My colleagues were either tired, or just plain lazy.  In hindsight I feel that my eating habits and workouts could’ve been better planned and executed, however, by this time I had discovered that I actually liked working out and found comfort in the regularity.

Eventually I outgrew the company and with it ended the access to the fancy company sponsored gym.  However, life usually changes for the better, and yoga happens to you when you’re ready for it.  I think it was on the first day at the new company that my colleague told me she practices Power Yoga.  That was all the rage during that time and Kareena Kapoor had gone down to size 0 because of it.  The classes were held close to where she lived, which was walking distance for me.  I went for a trial class and was hooked.  I practiced 4 times a week, first thing in the morning.  I usually managed to get some other workout in on the other 3 days of the week.  By this time I had gone down to 56 kgs and wanted to be size 0.  I thought the size looked good and that I would feel better if I looked good, and to look good I had to be size 0.  Eventually I managed to get my weight down to 50 kgs.  And I kept on practicing yoga until one day I decided that this is what I wanted to do.

I wanted to give up my respectable, well paying job to get into something completely different.  I would have to start from scratch.  I would have to build a whole new career.  I would have to plan and strategize about how to go about this transition.  Until this point I was in love with asana practice and wanted to devote my days to my practice.  I kept toying with the idea in my mind and building up my courage to put my plans into action.  I would discuss these issues with my friend who had introduced me to Power Yoga and both of us had the same fears.  That of breaking into new territory with the possibility of failing.  And we wanted to quit careers that 90% of India would kill to have.  Family pressures along with the ever present fear of failure kept me tied down to my desk job.  I continued my practice and continued with my erratic, ignorant, ill informed, unhealthy eating habits in the quest of the size 0.

Once again, Yoga happens to you when you’re ready for it.  I got married.  With financial and emotional support from my husband I quit my job and immediately enlisted for a Yoga instructor’s course at the SVYASA university.  By this time I had started eating more sensibly.  I ate 6 times a day and ate good old Indian food.  I had cleaned up my diet, so colas, cold coffee, chips, candy, burgers, pakodas, sweets…anything remotely unhealthy had been banished a long time ago.  At the ashram my appetite increased and I had started eating 6 chappatis and a huge quantity of rice for lunch before the warning bell went off in my head.  Over the years my weight had gone from 50 kgs to 54 kgs.  Perhaps it was the yoga or the sensible eating habits.  At 54 kgs I always had energy to practice Yoga, I slept better and wase happier.  No, I wasn’t happy being 4 kgs more than before, after all, each kg requires intense work and dedication.  But by now I had read and researched enough to know good eating habits from bad and didn’t want to compromise.  Also, I was happy because my asana practice was better than it had ever been.  But at the ashram I was eating more than I had ever eaten before and I was alarmed.  I went and weighed myself and I was 56 kgs.  And I was alarmed.  I still harbored a desire to lose the 4 kgs and become 50 kgs again, and here I was with another 2 kgs!!!  I felt the familiar paranoia returning and I decided to control my eating habits.  I came down to the usual 2 chappatis during lunch and dinner.  But now there was a difference.  I now no longer felt the same obsession or craving for losing weight as I had during my gym going days.  If anything, I felt healthier, more complete somehow.  I think it was all that meditation, all the good vibes all that Yoga.  I used to go for leisurely walks in the evenings through the forest surrounding the ashram and felt good.  I was walking for the fresh air and the beauty and not to burn calories.  I found solace in the vedic chanting, in the sattvic food, in sleeping early and waking up at the brahma muhuratam.  Every once in a while I would think about those 2 kgs and feel a tinge of worry, but Yoga kept me busy.  And it was for the best too because when I got back, I was glowing with good health.  My cheeks had a reddish tinge, my eyes sparkled and my laugh came easy.  I was literally in the pink of health.  And I wanted to help others achieve this.  I wanted to help people get rid of impossible, media generated body images and develop more healthy, wholesome ideas about health.  I had discovered the method and wanted to make it accessible to everyone.

Which is why now I look at the picture of the old me and see the smile and the twinkle in the eyes.  Yoga teaches us to love and accept ourselves and strive to make ourselves better.  Be better than what we are now.  To make intelligent choices and lead fuller, more wholesome lives.  Yoga is about living TODAY instead of waiting for the day when you lose those 5 kgs.  It’s a way of life.