Beyond Asanas: The Asanas Books Yoga

Acknowledgement From the PMO!!!

My book ‘Beyond Asanas‘ was published this year on June 21st.

Many know that June 21st is also International Yoga Day, but many don’t know that PM Modi proposed Yoga Day to the United Nations in 2014 and in 2015 the Summer Solstice (longest day of the year) was declared World Yoga Day.

Below is a snippet from the PM’s speech to the United Nations:

Yoga is an invaluable gift of India’s ancient tradition. It embodies unity of mind and body; thought and action; restraint and fulfillment; harmony between man and nature; a holistic approach to health and well-being. It is not about exercise but to discover the sense of oneness with yourself, the world and the nature. By changing our lifestyle and creating consciousness, it can help in well being. Let us work towards adopting an International Yoga Day.

So when a friend’s mother suggested that I send the book to PM Modi, I thought it was a great idea.  And I never expected to receive a response.  But I did!!!

The world is becoming increasingly divisive, stressed, agitated. Yoga is the solution, for through the practice we connect to ourselves, and through ourselves we connect to others.

PS – not a grammar purist so found this letter incredibly cute ?. 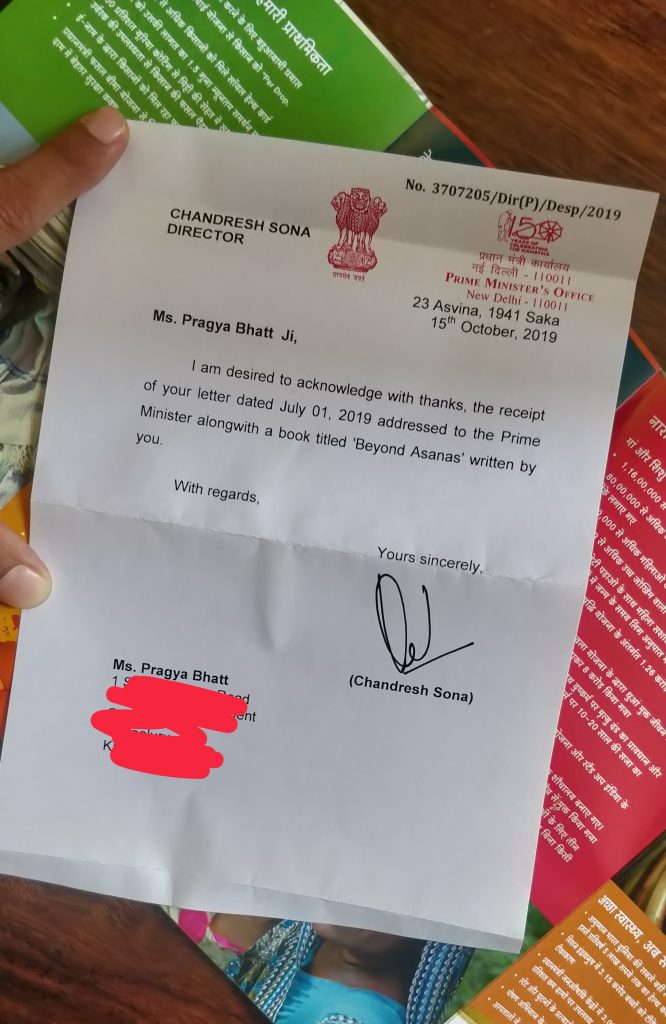