A Yogi in Pune (The Day Of and the Night Before) 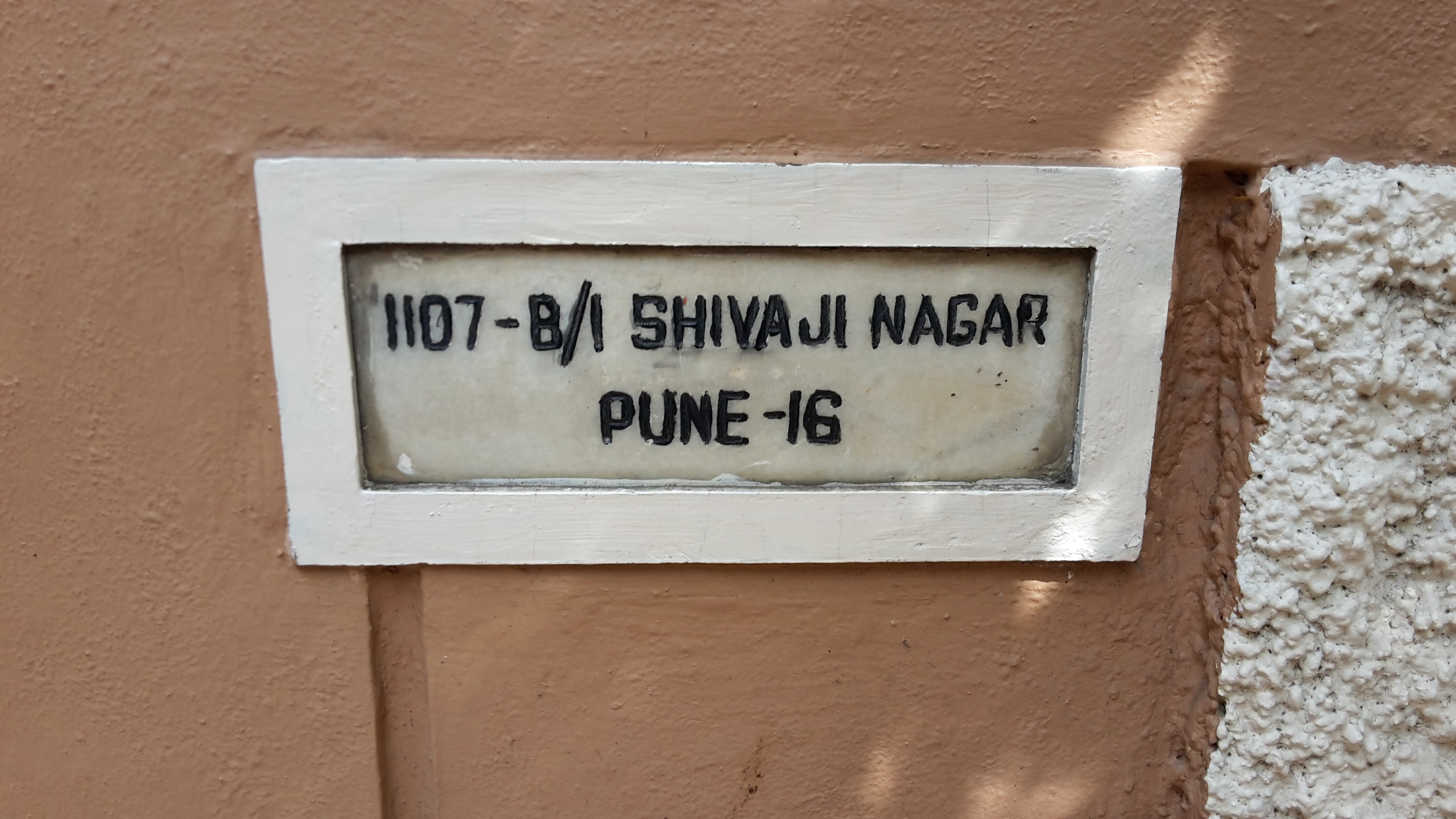 Unfortunately my allergies have flared up.  Leaving your house can be a messy affair for a homebody like me.  I think of my house in my absence and I simply can’t tolerate the thought of a messy house left to it’s own devices.  I need my house to be spic and span in my absence so that a thin film of dust is all I really have to deal with on my return.  So for the past two weeks I’ve been cleaning along with packing and my nose has paid the price dearly.  However, I managed to clear the table tops and the counters and ensure that things were in their rightful places before I went to sleep last night.  And once settled in comfortably I Skyped late into the night with a friend of mine, excitedly catching up on all the old and what it feels like to be on the brink of the new.

I woke up early today and did a quick practice after which I showered and drove myself to a friend’s place to entrust him with the care of my car for the next few weeks, and to partake of whatever breakfast he could offer an excited yogi just about to embark on a great adventure.  I still remember that the last time I came back after a long trip, the battery of my car fought a slow death leaving me stranded many a time.  This time I wasn’t going to take chances, specially not with breakfast.

I managed to catch a few minutes of sleep on the plane before we landed, but airplane don’t really count by way of making you feel rested.  The opposite, yes.  I deplaned to find out that there was a transportation strike in Pune and therefore couldn’t get a pre-paid taxi to my accommodation.  Ola shared cab to the rescue. 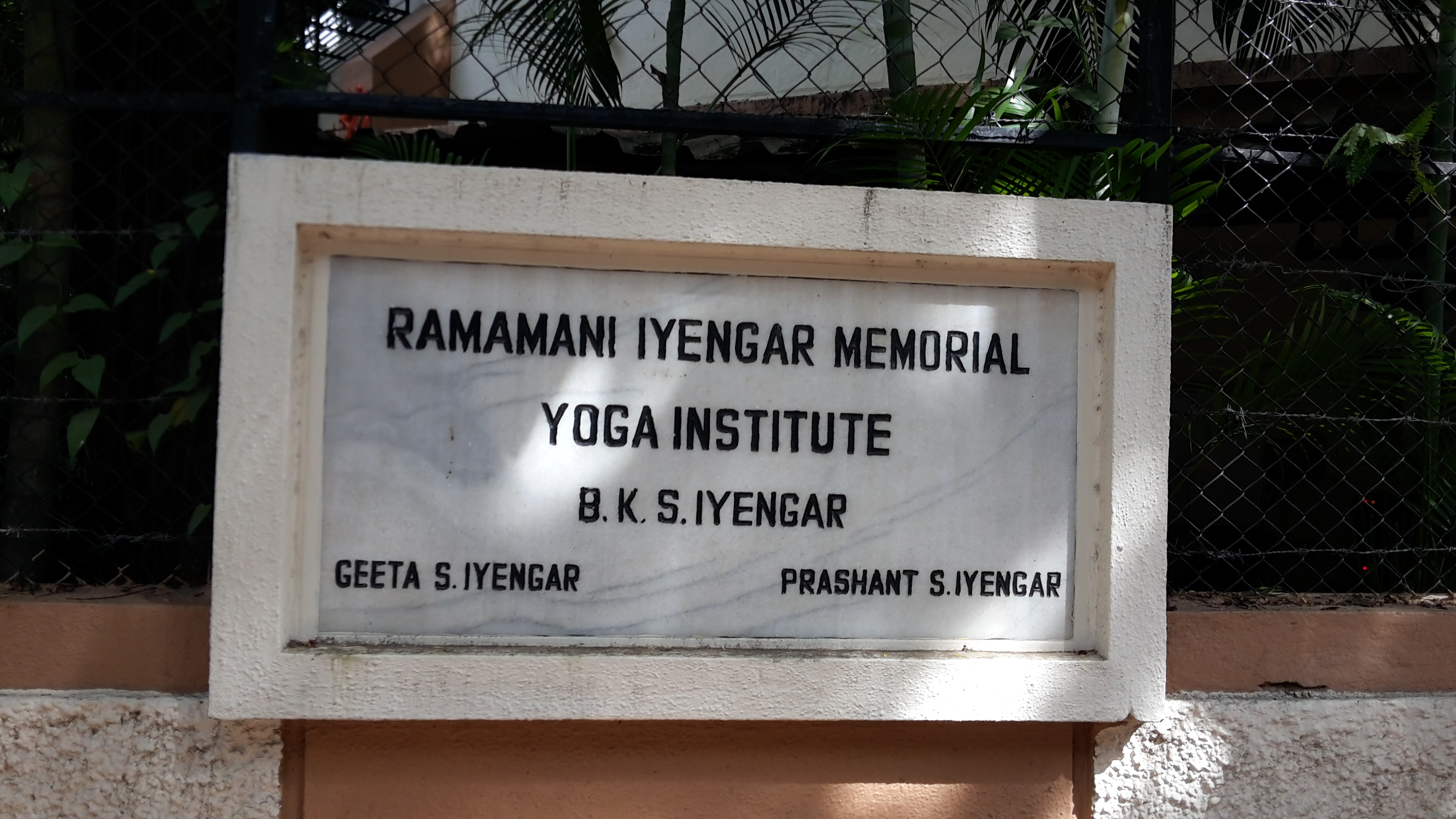 My accommodation is a room nestled in a culvert near RIMYI.  I have a clean, freshly painted room all to myself.  The kitchen is easily accessible and I spent a little while getting to know my hostess over a mug of (much needed) hot green tea.  Turns out that the house is situated on Sudheer Pawar Path, and Sudheer Pawar was my hostess’s uncle!  He was an officer of the Indian Air Force who crash landed due to a malfunctioning airplane and the government named the road in his honor.  Add a bit of history to anything, and you increase my wonder for it manifold. 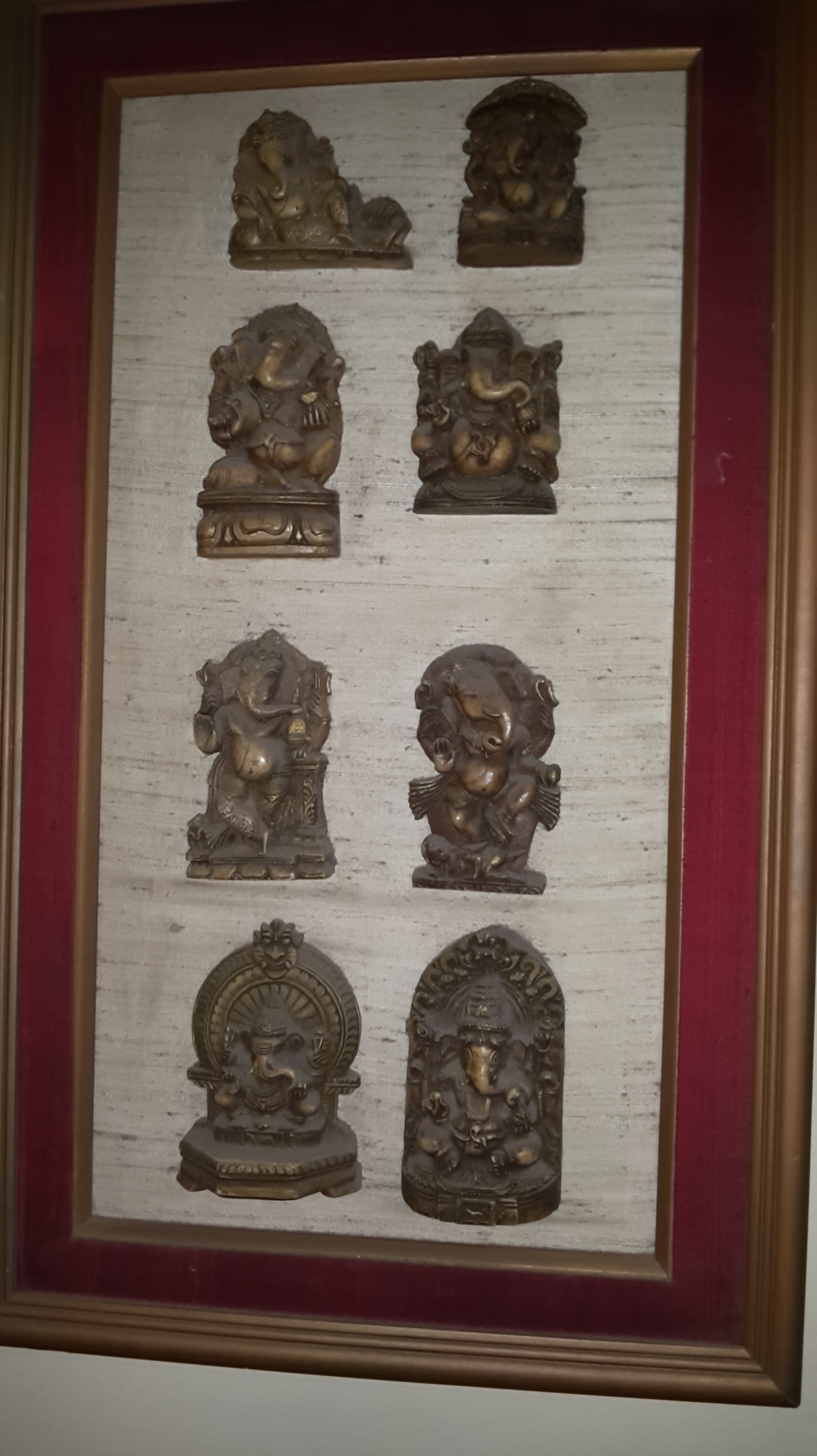 My hostess was kind enough to provide me some paranthas for lunch and after a quick rest I decided to go exploring.  My hostess gave me clear and concise directions and I reached the institute in no time.  The evening timings of the institute are 4-6 pm and I was a bit early.  I made enquiries with the guard who told me that I should come at 4 and not to worry as there won’t be much of a crowd.  I remembered the mad rush at KPJAYI and wanted to make sure.  Finally he told me that there is only one day of the year when there is a rush (I forget which one) and after that since there are no new admissions, there is no rush.  I did notice that there was a board on the gate which said that the admissions are closed until May 2017.  And here’s where I felt grateful that I had somehow beat the queues.

I decided to explore a bit more and wandered a bit further down the road where a random lady walking next to me started lamenting about the transport strike.  And she didn’t trust 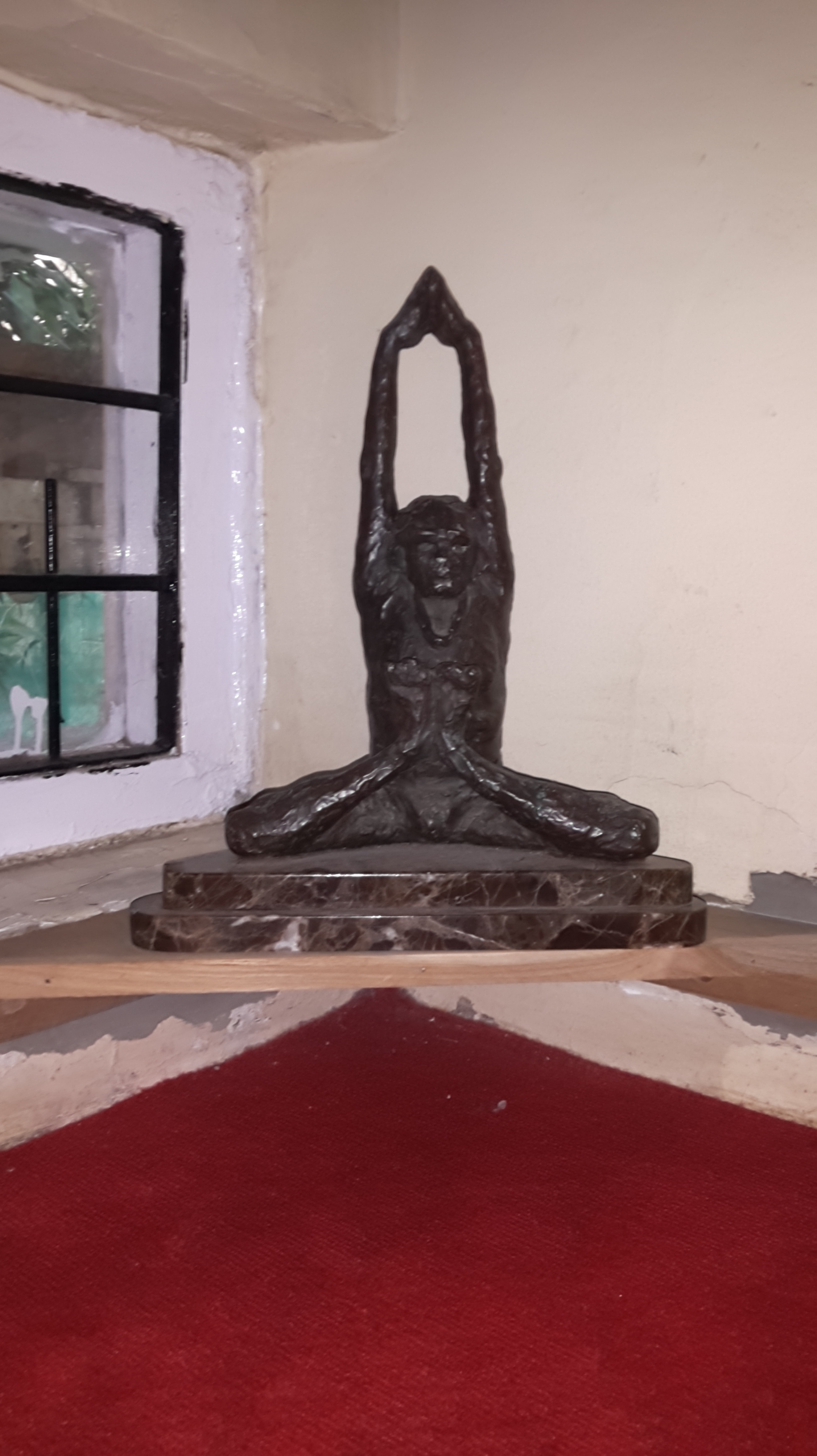 Ola.  Not sure what she was planning to do.  I bought myself a toothbrush, toothpaste and a coffee and answered some messages until it was time to head to the institute.

I decided to ask for the legendary Mr. Pandurang Rao at the institute and see if I could register today, since I was already there, instead of having to wait until tomorrow.  I know these guys are sticklers for rules and I wasn’t sure I would be entertained.  However, I was!  Mr. Rao handed me the registration form and once I’d filled it out he drew up my schedule on a pink post it…only to ask me once again how long I’ve been practicing and then relapsed into deep thought.  Then he decided to make a phone call and spoke to the person on the other end about ‘the student from Bangalore’.  The conversation was in Marathi, so even though I heard it all, I couldn’t understand it.  He came back and asked me ‘Can you do the Sirsasana?’  I said yes and he then took a while to figure out whether to put me in the Intermediate or the Senior class.  Finally, the Intermediate it is and I have to report to the Ist floor tomorrow morning at 7 am.

My hostess is taking us all out for dinner tonight, so I get to meet some of my housemates as well! 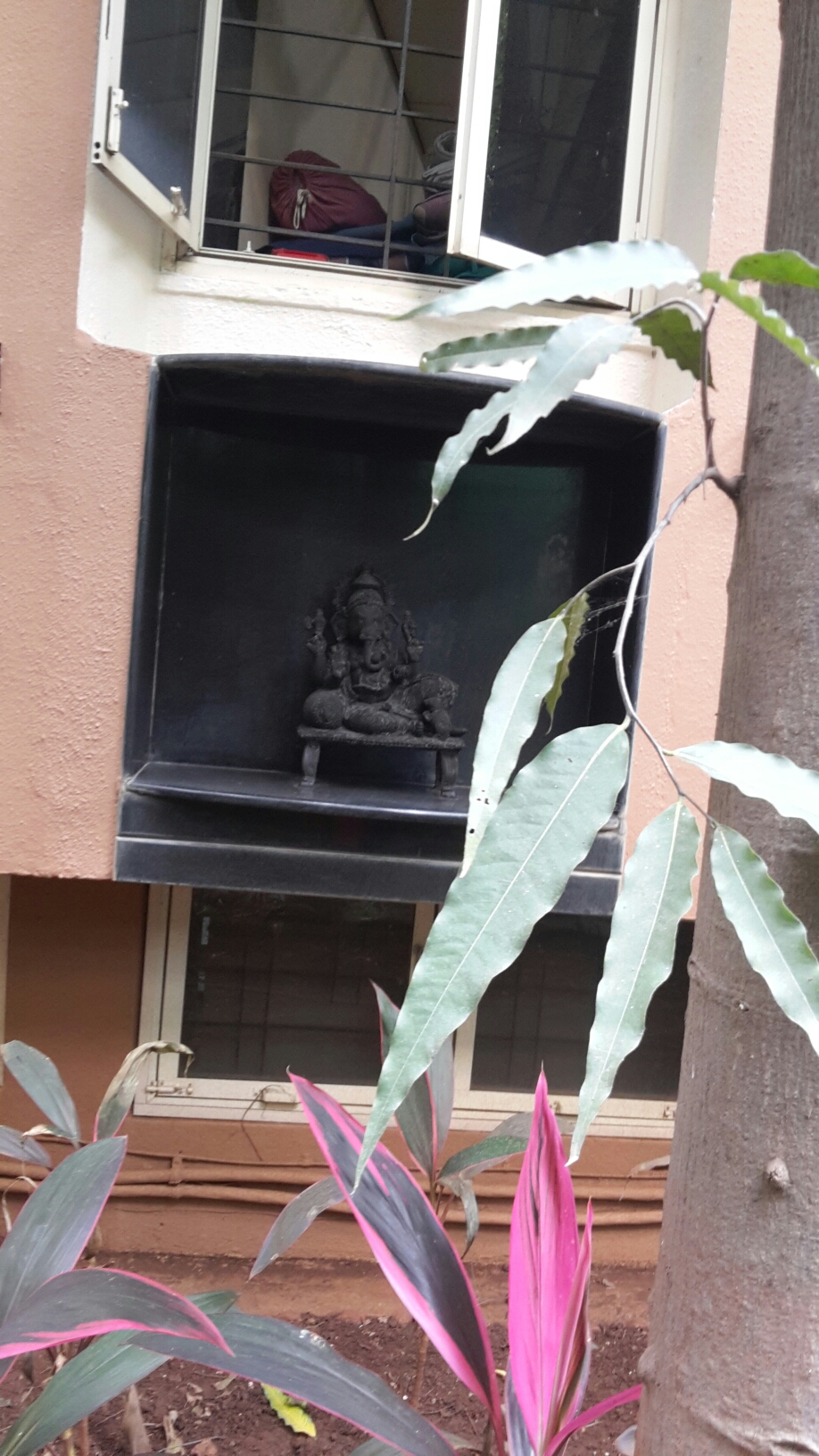 Asanas for the Week – Part 1 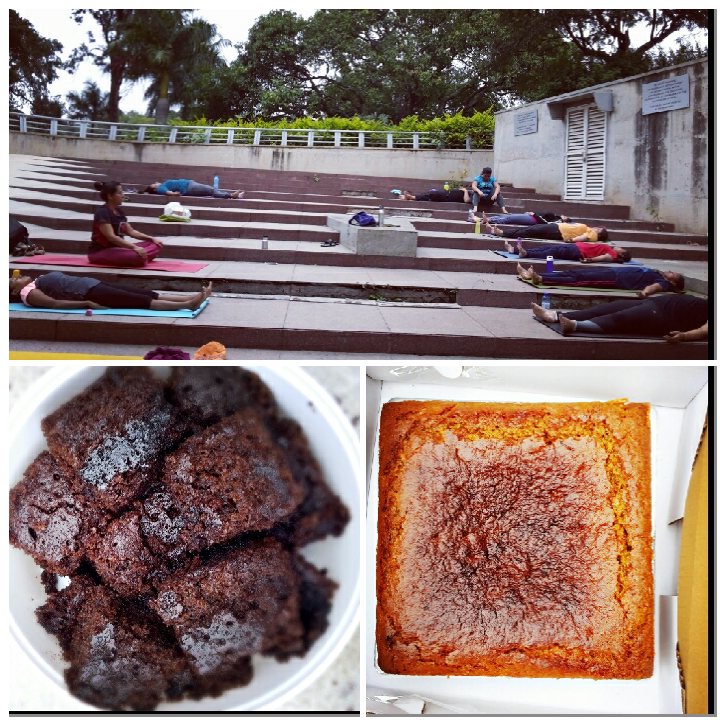 Today was the last day for our Yoga In the Park group.  We’ve been a strong group and have stuck together for 3 years.  All of us keep on taking breaks to travel or to be with family, 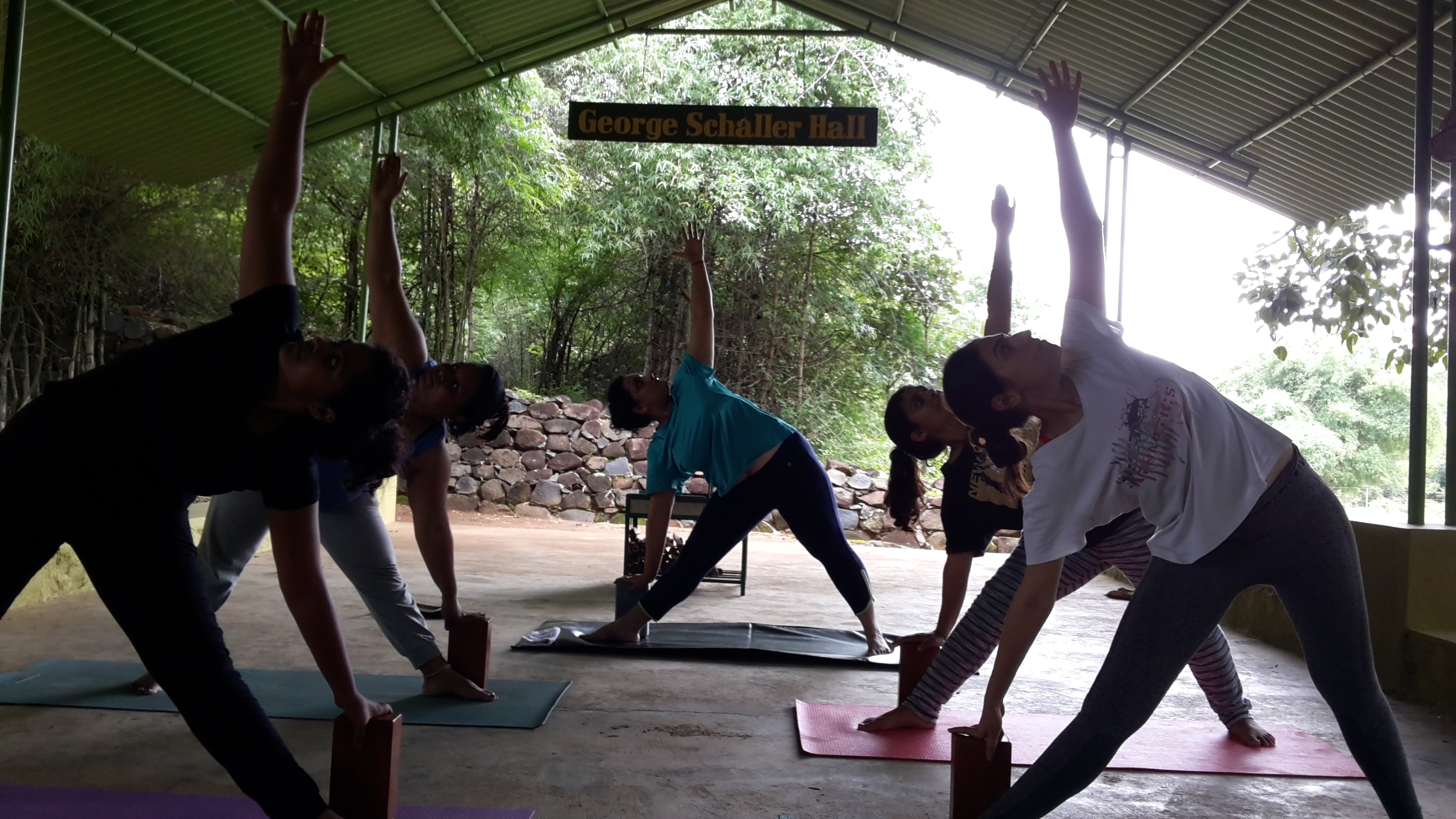 qbut at the end of the day we return to the group, enriched by all our adventures.  From a small group of 3, we’ve grown to a vibrant group of 10.  A year ago, when I went to visit my parents for 2 months, I had created a program that I wanted the girls to follow while I was away.  It was a very general outline, and to my delight, one of the girls still had it saved on her phone.  She sent the entire routine to me and I decided to make a few modifications to it to suit the practitioners after an added year of practice.  Here it is: 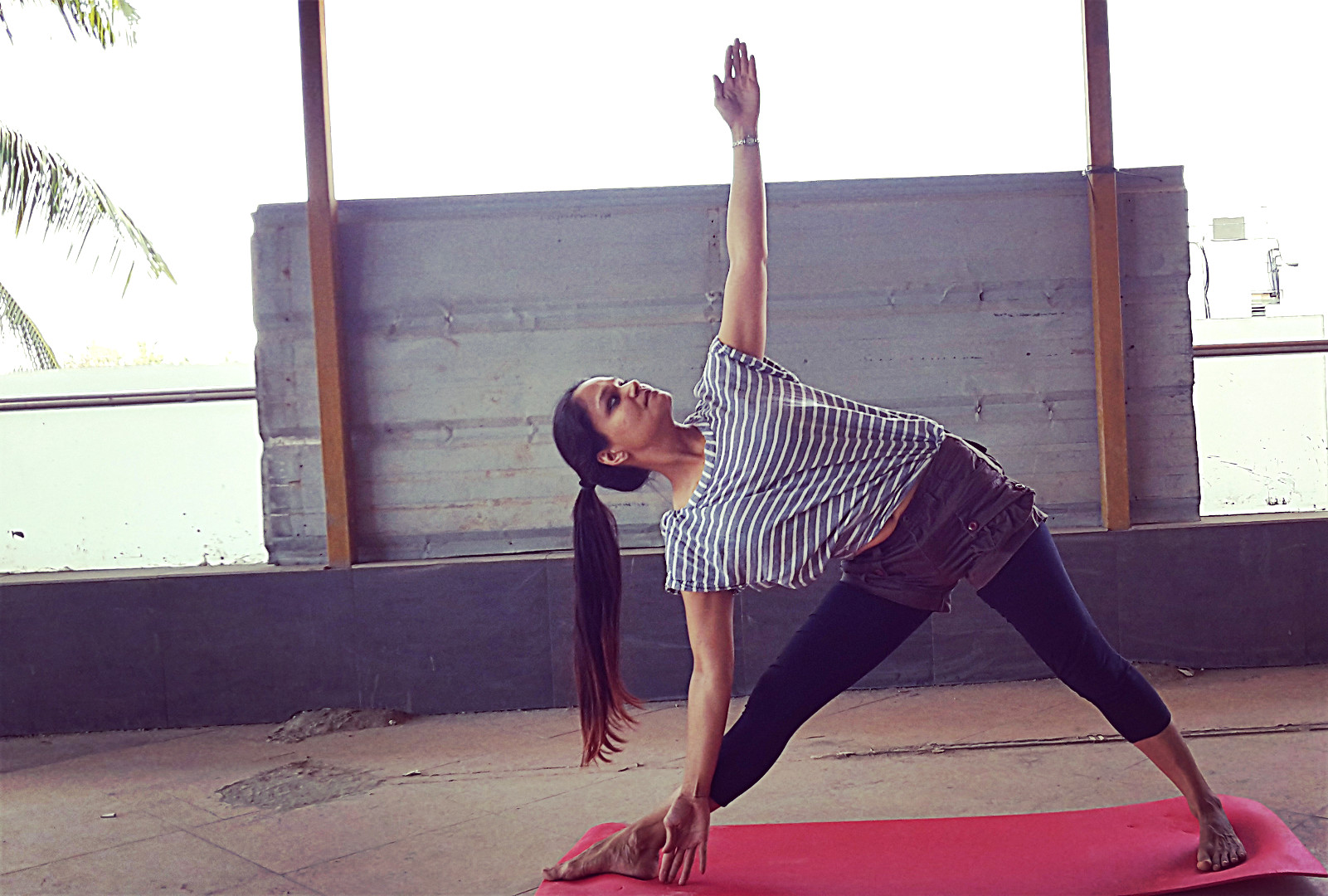 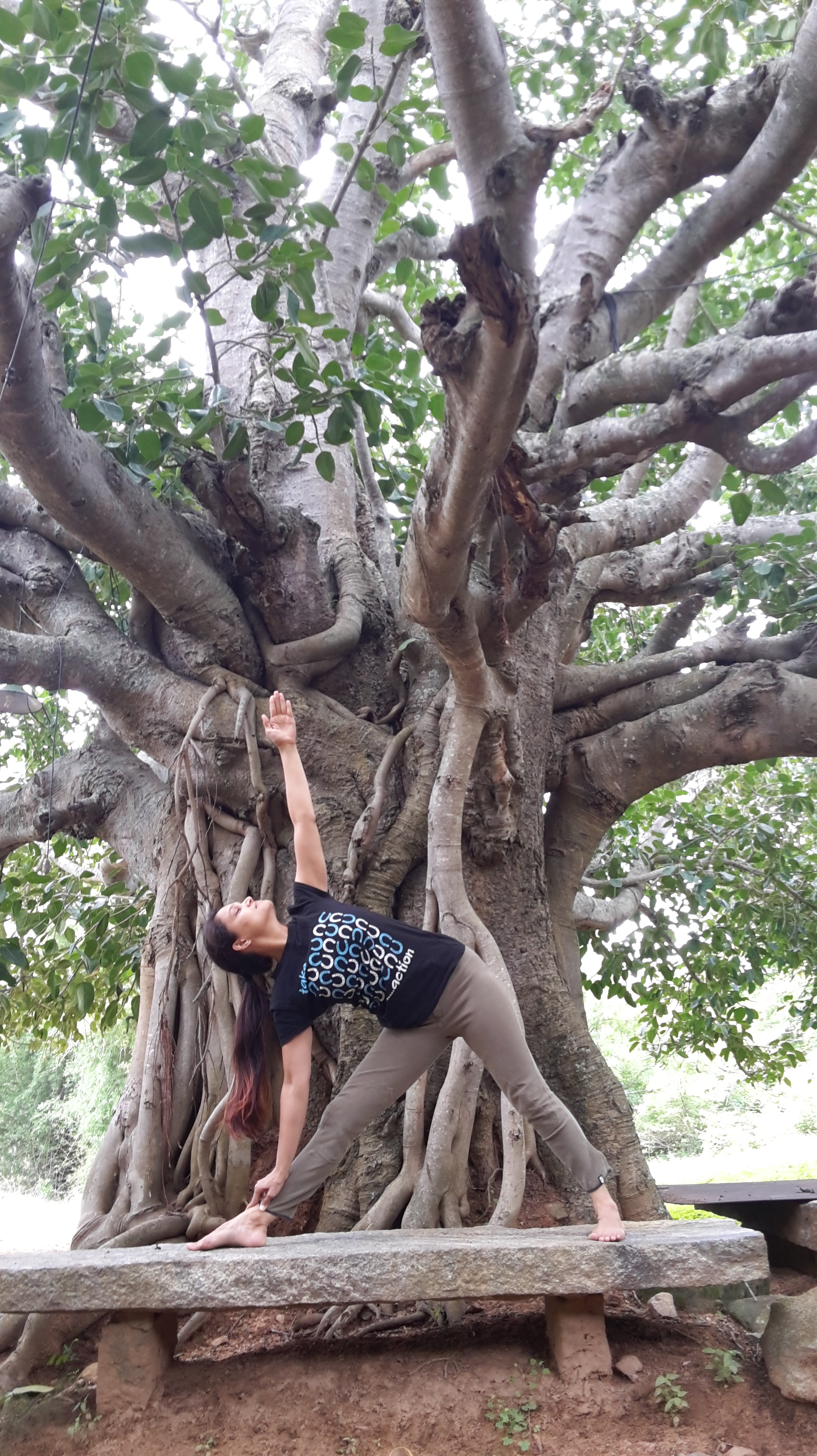 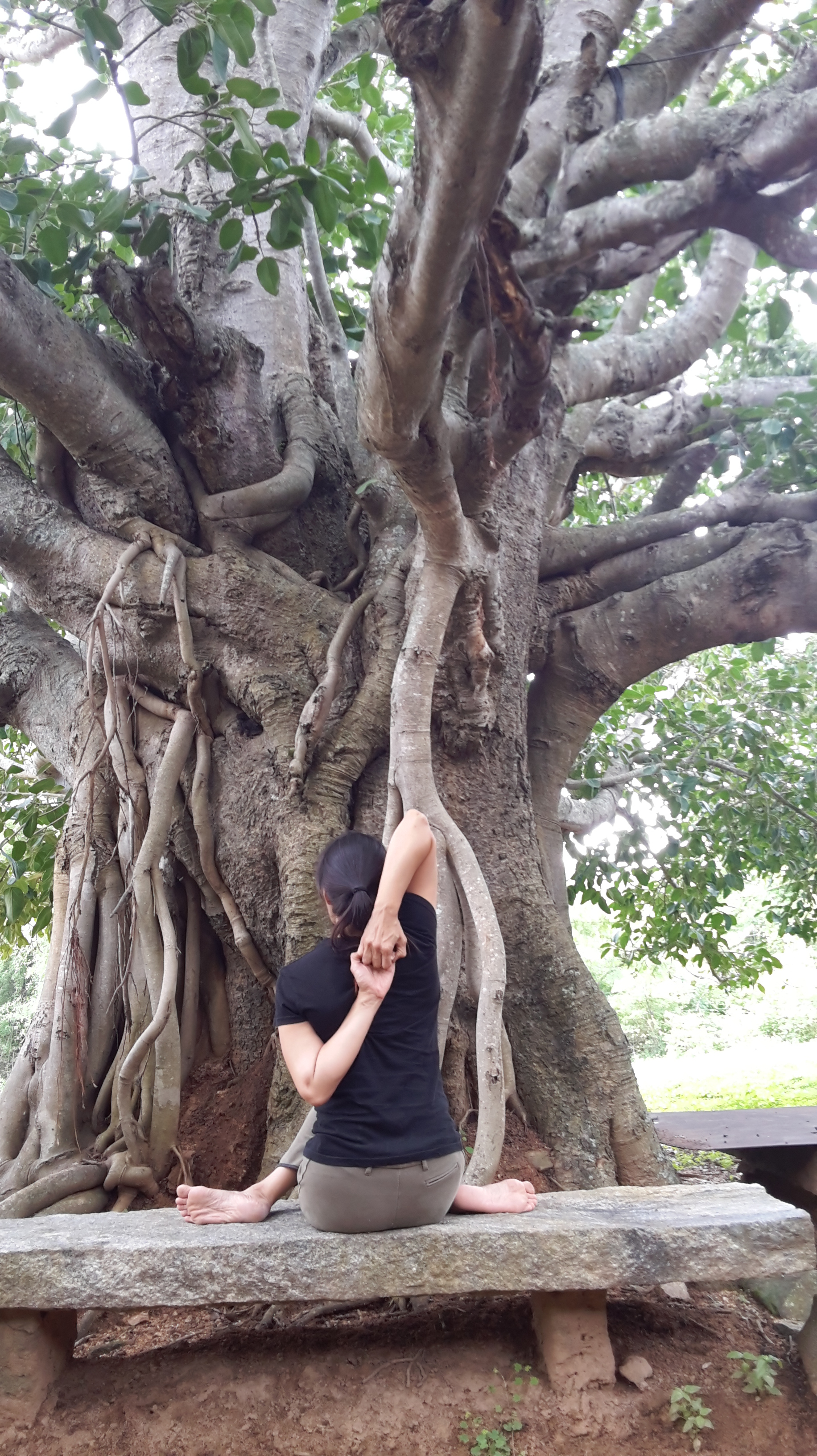 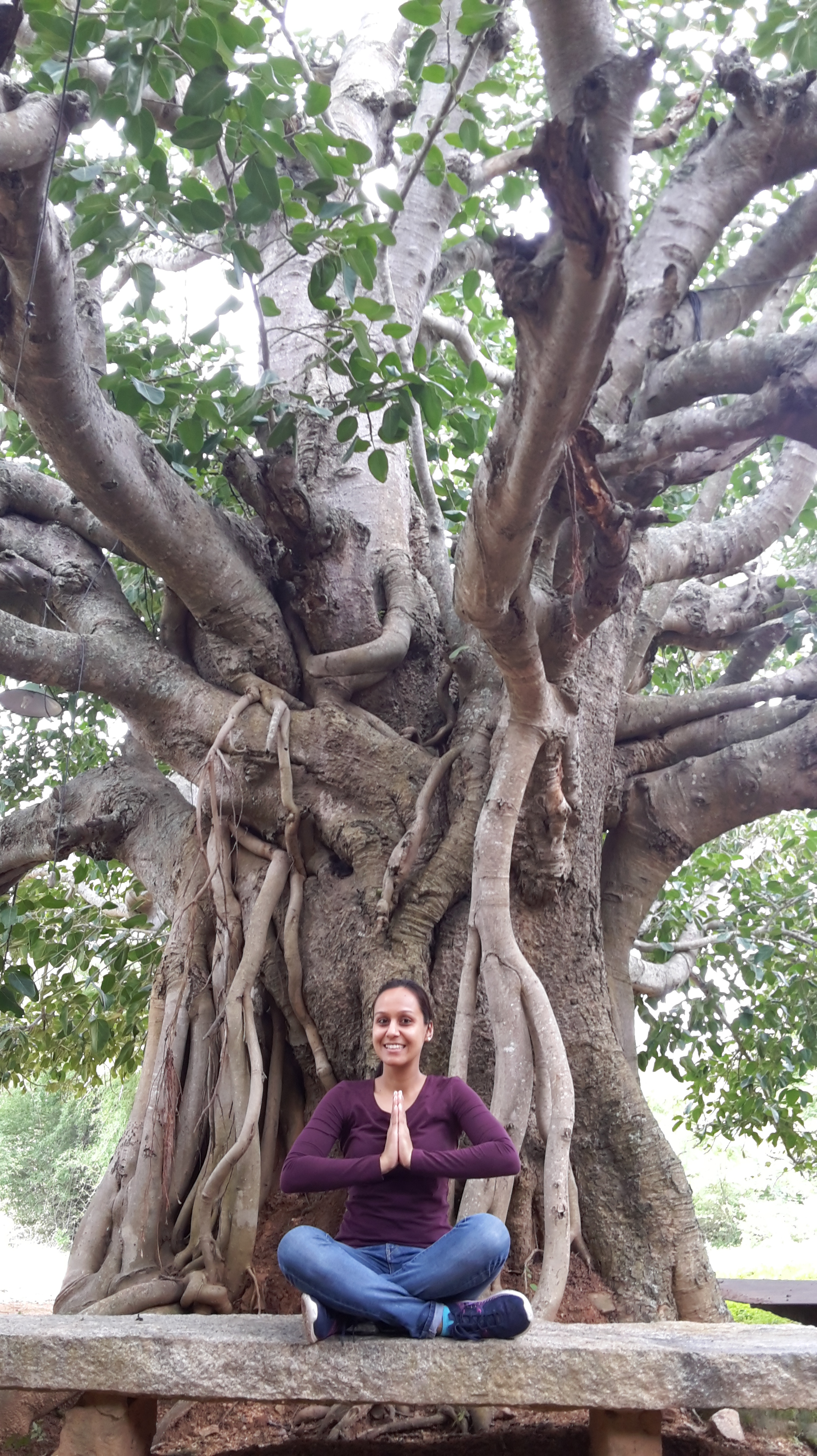 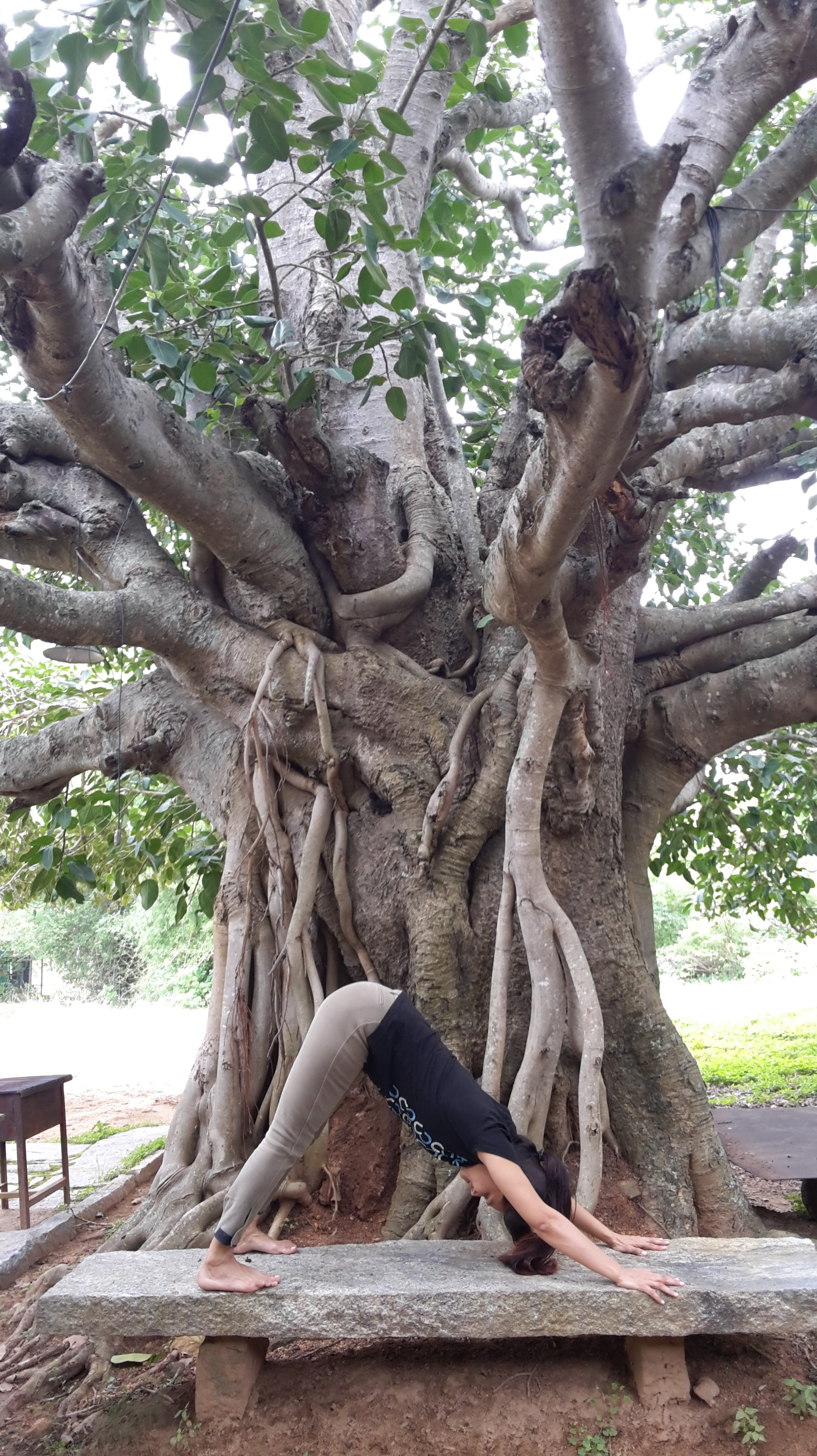 Small things we can all implement in our lives!